A moment on the platform changes two lives for ever. But nothing is as it seems…

In a split second, Morgan’s life changes for ever. A stranger hands her a baby, then jumps in front of a train.

Morgan has never seen the woman before and she can’t understand what would cause a person to give away her child and take her own life.

When the police question Morgan, she discovers none of the witnesses can corroborate her version of events. And when they learn Morgan longs for a baby of her own, she becomes a suspect.

To prove her innocence, Morgan frantically tries to retrace the last days of the woman’s life. She begins to understand that Nicole Markham believed she and her baby were in danger. Now Morgan might be in danger, too.

Was Nicole a new mother struggling with paranoia?

Or is something much darker going on?

Pulse-pounding, heartrending, shocking, thrilling. This is one book you won’t be able to stop thinking about.

Morgan, still coming to terms with the death of her embezzling husband and the scandal he caused, is confronted by a bedraggled woman on a railway station. She thrusts a baby in her arms and tells her to look after her…….then the woman jumps in front of an oncoming train.

Why would she do this and how did she know Morgan’s name?

The story is told in chapters from both Morgan and Nicole’s perspectives, in the present day and the weeks leading up to the event at the station. Does she have postpartum depression or is the memory of events 19 years ago affecting Nicole more than she realises?

This really is an incredibly tense read, it really brings alive the panic and disorientation of Nicole and will leave you breathless. Emotional, fast paced and with some brilliantly twisty moments.

Thank you to Anne Cater and Random Things Tours for the opportunity to participate in this blog tour,  for the promotional materials and a free ecopy of the book. This is my honest, unbiased review. 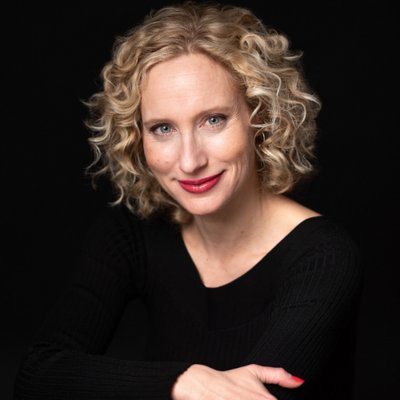 Samantha M. Bailey is a Toronto-based novelist, freelance editor, and journalist who has written extensively for Now Magazine, Oxford University Press, and many other publications. She is the co-founder of “BookBuzz,” a promotional and interactive author event held in New York City and Toronto. She holds a Master of Education in Applied Linguistics and credits that degree with her writing career because she wrote her first (unpublished) novel after taking a course on imagination. Now her imagination leads her to create dark and twisty stories, and her debut psychological thriller, WOMAN ON THE EDGE, will be published by Simon and Schuster Canada and Headline UK, and translated into seven languages. She loves reading as much as writing, so when not tapping away on her computer, she’s probably curled up with a really good book.