Jack Johnson has a talent for trouble – wherever he goes on his narrowboat, it seems to follow him. Moored up on the River Avon in the beautiful Georgian surroundings of Bath, he’s working at the local paper when a prominent magistrate and heritage campaigner is attacked and drowned.

Could it be a serial killer copying the Canal Pusher? Or a biker gang who swore revenge on the magistrate? Against his wishes, Jack is pulled into the investigation by his ambitious editor who wants the scoop.

Jack and his friend, Nina Wilde, have also been drawn into another struggle. The moorings of a small settled boating community sit alongside a huge former industrial site that property developers want to fill with luxury housing. Nearby residents are enlisted to petition against the boat people, and as the campaign spirals out of control, lives are threatened. Who is helping their enemies?

Another gripping tale of corruption and intrigue from the riverbank, full of dark waters and deadly secrets.

Both Canal Pushers (Book 1 in the Johnson & Wilde series) and River Rats are based on real-life crimes across the canal network.

Andy Griffee is an experienced journalist, and available to write features and articles on request. 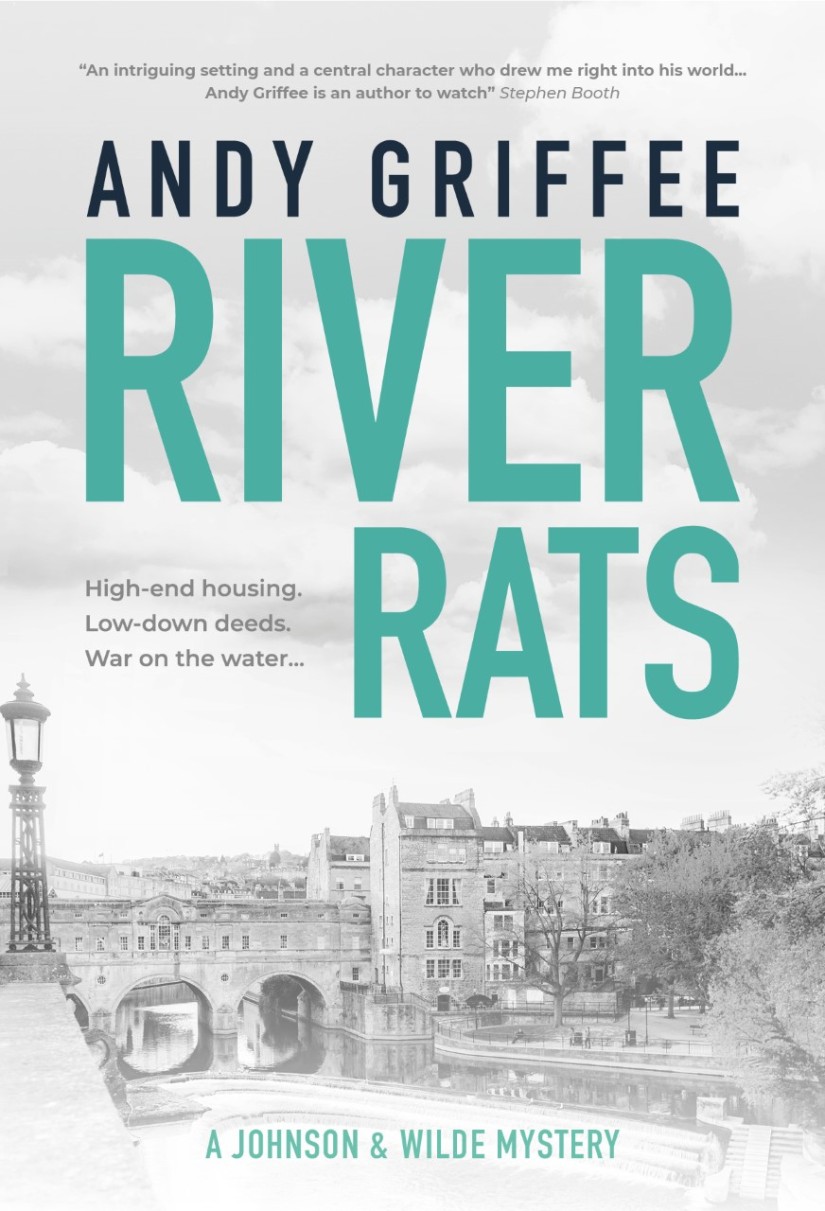 Book 2 of the Johnson and Wilde mystery series.

Jack Johnson has now bought Jumping Jack Flash and has settled into life on the canal. He has a new job at a local paper and Nina has settled in Salisbury but regularly returns to visit.

Jack’s neighbours are being offered large sums of money for their moorings by a property developer. When they refuse, a campaign against the river dwellers is raised and things start to get nasty.

When someone is found drowned in the canal, it’s believed to be a copycat of the Canal Pusher, but Jack feels something more sinister is going on and he and Nina are again drawn into a mystery.

Full of tension and action this is a tale of corruption and greed. There are great characters with their very different problems and I love the relationship between Jack and Nina….oh and Eddie obviously. Dark, twisty and utterly gripping from start to finish. Brilliant.

Andy Griffee is a former BBC journalist and media consultant with a fascination for stories. He began his journalism career at the Bath Evening Chronicle, and then spent twenty-five years at the BBC, culminating in his role as Editorial Director of the redevelopment of Broadcasting House. Andy lives in Worcestershire and, when he isn’t writing, rears rare breed pigs, struggles to keep a 1964 Triumph Spitfire on the road and enjoys hiring narrowboats with his wife..