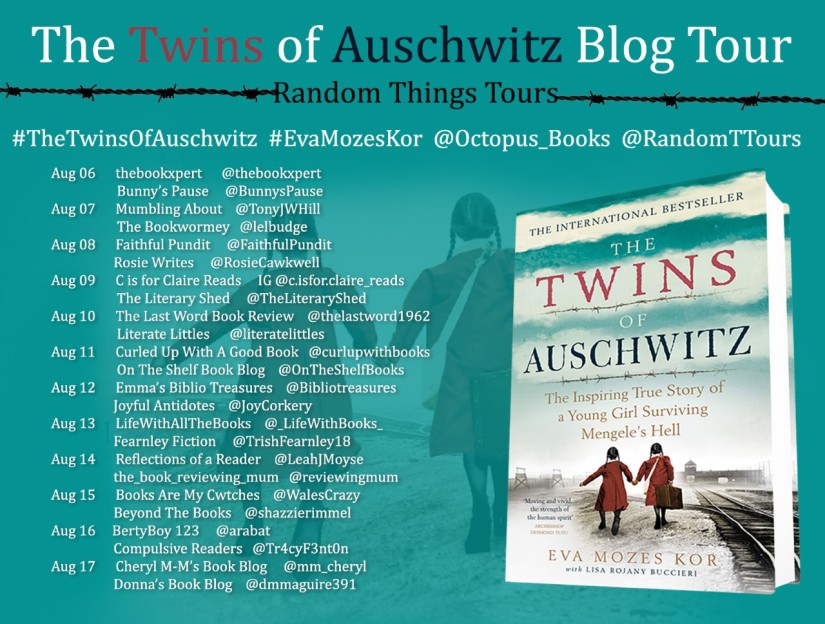 Eva Mozes Kor has written a very moving and vivid account of an extraordinary and horrific experience. It is an important document showing the strength of the human spirit and the capacity to forgive. She should be commended for having the courage to write about her traumatic childhood, leading to the forgiveness that freed her from hatred and brought her peace. May it inspire others to emulate her.’ – Archbishop Desmond Tutu

In the summer of 1944, Eva Mozes Kor and her family arrived at Auschwitz.

Within thirty minutes, they were separated. Her parents and two older sisters were taken to the gas chambers, while Eva and her twin, Miriam, were herded into the care of the man who became known as the Angel of Death: Dr. Josef Mengele. They were 10 years old.

THE NAZIS SPARED THEIR LIVES BECAUSE THEY WERE TWINS.

While twins at Auschwitz were granted the ‘privileges’ of keeping their own clothes and hair, they were also subjected to Mengele’s sadistic medical experiments. They were forced to fight daily for their own survival, and many died as a result of the experiments, or from the disease and hunger rife in the concentration camp.

Publishing for the first time in the UK in the year that marks the 75th anniversary of Auschwitz liberation, The Twins of Auschwitz shares the inspirational story of a child’s endurance and survival in the face of truly extraordinary evil.

Also included is an epilogue on Eva’s incredible recovery and her remarkable decision to publicly forgive the Nazis. Through her museum and her lectures, she dedicated her life to giving testimony on the Holocaust, providing a message of hope for people who have suffered, and worked toward goals of forgiveness, peace, and the elimination of hatred and prejudice in the world.

“This remarkable story is an important entry point in the teaching of Holocaust History and the many issues which emerge from it, not least of all the triumph of the human spirit.” – Richard Freedman, National Director, South African Holocaust Foundation 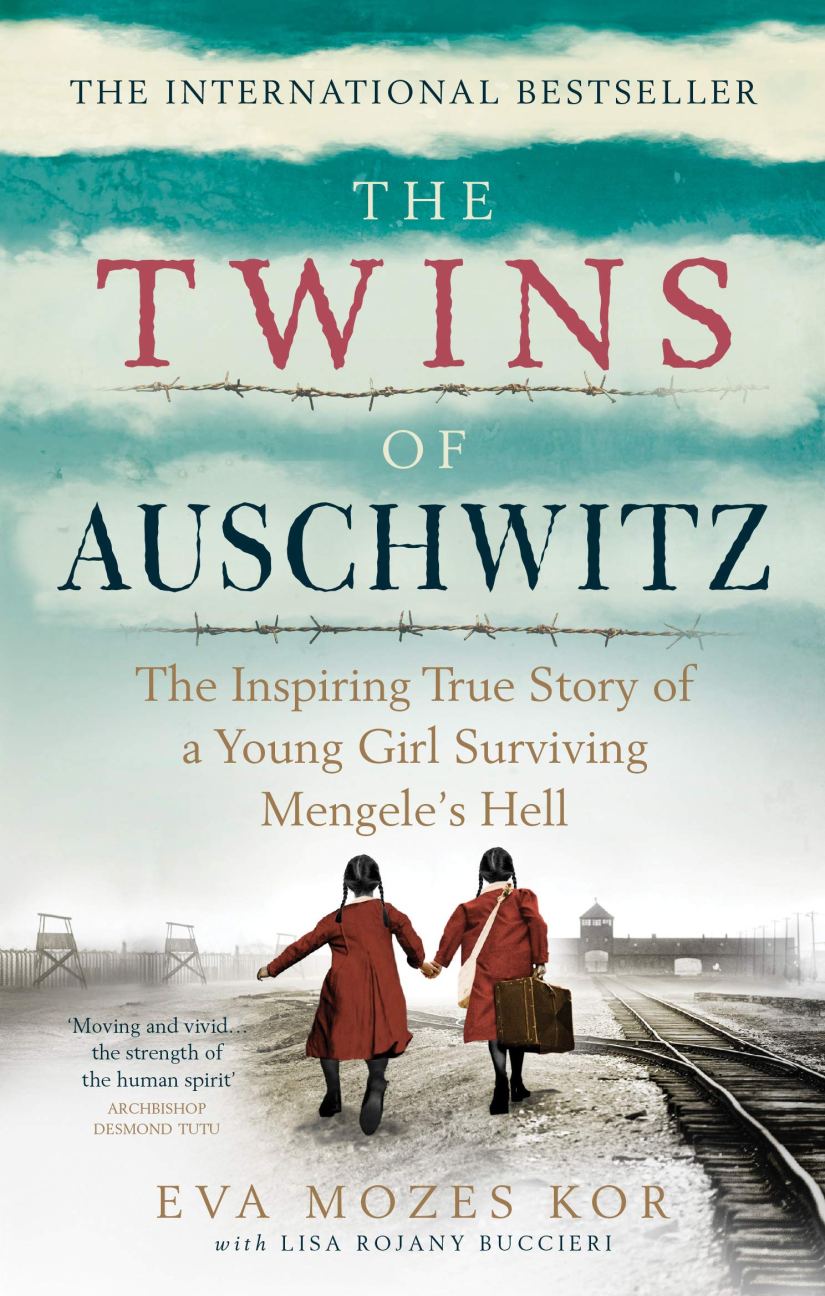 Eva was 10 years old when her and her family were taken from their home and sent to the infamous Auschwitz. Her mother, father and two of her sisters did not survive, but Eva and her sister, Miriam did……they were twins and Josef Mengele wanted twins for his experiments…..

The Twins Of Auschwitz is written from Eva’s perspective, the language is simple and uncomplicated and that really makes the events she had to experience all the more horrific and inhuman.

Her experiences are real.

The courage of these young girls is an inspiration and also heartbreaking as no one should have been in this situation at all. What human beings can do to one another…….I have no words for.

This is a tale of survival, to hear the experiences these young girls had to endure is a true horror story, it’s an incredible, inspiring and heart rending tale. 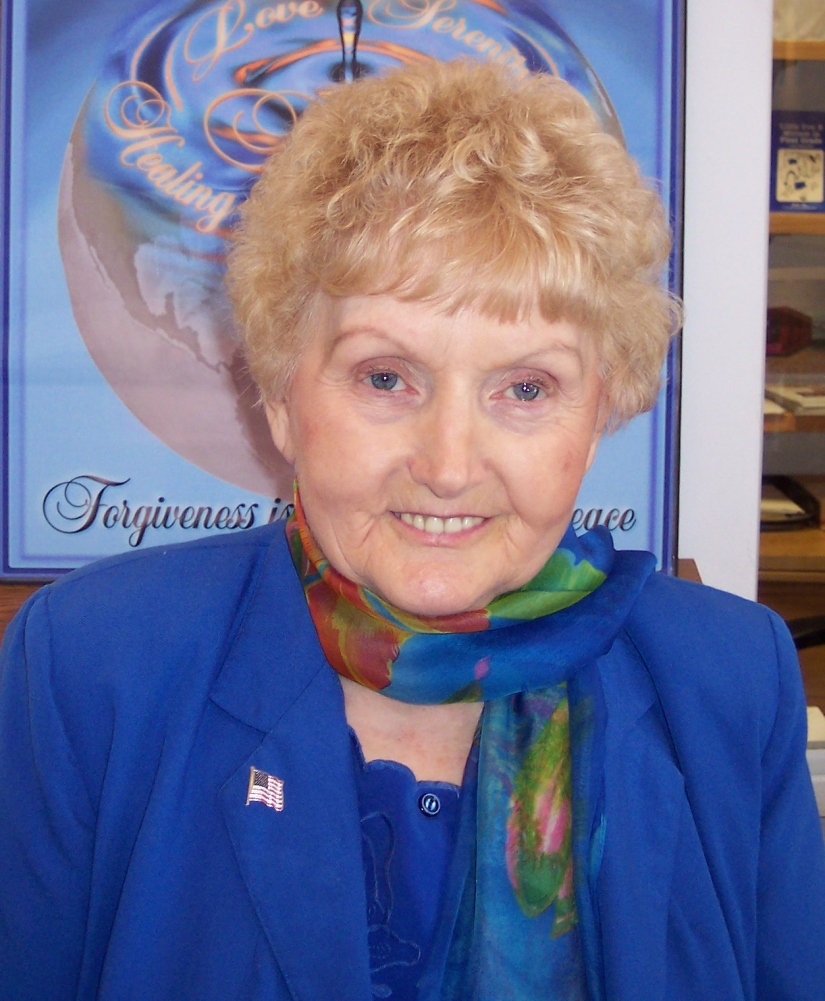 EVA MOZES KOR was a resident of Terre Haute, Indiana. Following her survival of Auschwitz, she became a recognised speaker, both nationally and internationally, on topics related to the Holocaust and social justice. Eva created the CANDLES organisation in 1985 to locate other Mengele twins and found 122 twins across the world. Ten years later, she opened the CANDLES Holocaust Museum to educate the public about the historic event she survived. A community leader, champion of human rights, and tireless educator, Eva has been covered in numerous media outlets and is the subject of a documentary, Forgiving Dr. Mengele. She passed away in 2019.