A tragic death. A dark family secret. A past you can’t escape. How well do you really know those closest to you?

Sarah’s world has descended into a nightmare. Her only hope of moving on is to find out the truth of what happened, and make sure the guilty are brought to justice. She is haunted by her dad’s death, consumed by her grief and the memories of a cruel day that changed her life forever… she doesn’t even know who she is anymore. But the future holds some hope for Sarah, as she tries to move forward.

Nicola’s future is not looking so hopeful. Since her husband died, the secret she’s been keeping from her family – especially her daughter, Sarah – is eating away at her. The past is catching up with her, and the consequences will be devastating.

Inspired by the news that more people are having DNA tests to discover their heritage, BAD SEED subverts the tropes of the domestic thriller by exploring the closest relationship of all: that between parent and child. Clare Mackintosh’s I LET YOU GO meets FRIEND REQUEST, this is a story about family, and of obsession, revenge and identity. 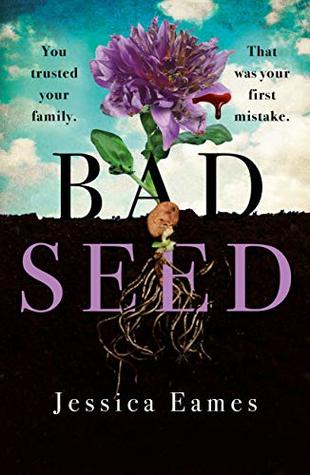 Nicola, a widow, has a secret….but someone else knows.

Her husband Charlie died and left her with money issues, so she moves into brother-in-law, Ben’s annex.

Feeling unwell, her boyfriend insists she visit a GP, but due to her being a woman in her 50’s, she is told it’s probably the menopause…..but is it?

She’s convinced something else is happening as she receives a menacing note and her possessions are being moved. Is it all in her mind?

I can’t say too much for fear of spoiling the story, but this is one of the twistiest domestic noir thrillers I’ve read in a long time.

Told from the perspectives of Nicola,  her daughter Sarah and Fion her sister-in-law, this brooding thriller tells of family secrets, lies and ultimately revenge. Brilliant.