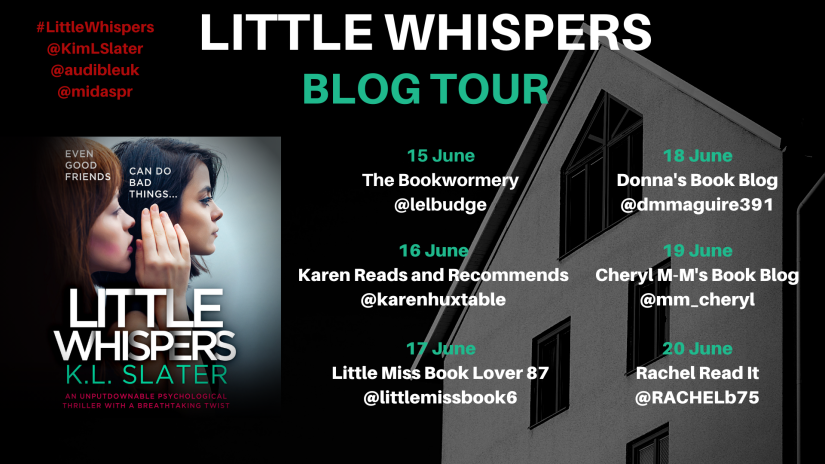 You shared a secret with the wrong person.

Janey Markham is thrilled to be moving with her family to Buckingham Crescent, the smartest address in a desirable suburban town.

Worried she’ll be excluded by the glossy local mothers, Janey is thrilled when she meets Tanya, the kind of woman she has always looked up to. Tanya takes Janey under her wing and her teenage daughter, Angel, is amazing with Janey’s little boy. As Janey and Tanya grow closer, Janey feels she can finally leave her troubled past behind.

But then everything changes….

In a weak moment over a bottle of wine, Janey finds herself telling Tanya her most shocking secret. Why wouldn’t she trust her new friend?

The following day, Janey sees Angel, with a man old enough to be her father, pushing someone into a car. The next day a body is found, and police appeal for witnesses – and share a picture of the same car….

When Janey tells Tanya she is going to the police, Tanya turns threatening. She’ll stop at nothing to defend Angel, even if her daughter is guilty. If Janey says anything, Tanya will make sure that her dark secret gets out. Janey faces an impossible choice. Stay quiet about what she saw that terrible day or speak up and destroy the family she has worked so hard to protect… 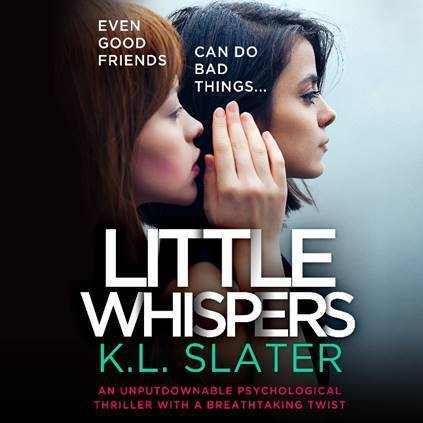 The first half of Little Whispers is about Janey’s life. A new home, her husband has a new job which will ease their financial worries and their young son, Roman is starting a new school. But Janey has a secret….

She becomes friends with one of the other mums, Tanya and after a little wine tells her the secret.

But, Janey’s  husband seems to be changing, he’s a bit moody and his behaviour seems a bit odd too.

Then Janey sees someone being forced into a car by Tanya’s daughter and an older man. When a body is discovered she speaks to Tanya, but she threatens to tell Janey’s secret to everyone if she goes to the police.

Will Janey go to the police with what she’d seen and risk her family falling apart?

This has a slow pace as it builds the background to Janey’s life and family. She’s a bit insecure and has always tried to fit in, but there’s the secret and a few twists to make this an entertaining, engaging tale. Beautifully read by Lucy Price-Lewis who, for me, brought this to life.

Thank you to Amber at Midas PR for the opportunity to take part in this blog tour, to listen to the audiobook and for the promotional material. This is my honest and unbiased review.

Kim is the million-copy bestselling author of twelve psychological crime thrillers. THE APARTMENT, will be published in -April 2020 by Thomas and Mercer and is now available for pre-order.

Kim’s titles are also published by Bookouture, Audible and are available in paperback by Sphere in the UK and Grand Central in the USA.

For many years, Kim sent her work out to literary agents and collected an impressive stack of rejection slips. At the age of 40 she went back to Nottingham Trent University and now has an MA in Creative Writing.

Before graduating in 2012, she gained literary agent representation and a book deal. As Kim says, ‘it was a fairytale … at the end of a very long road!’

Kim is a full-time writer and lives in Nottinghamshire with her husband.(Courtesy of Goodreads).

Among the acclaimed performers who have narrated works of literature for Audible are Zachary Quinto, Maggie Gyllenhaal, Lily Collins, Emma Thompson and Jesse Eisenberg. Audible Studios has won a Grammy Award, for its production of Janis Ian’s memoir Society’s Child, and has also been recognised with the Audie Award for Audiobook of the Year, for Colin Firth’s performance of Graham Greene’s The End of the Affair. Audible invented and commercialised the first digital audio player in 1997, and has since been at the forefront of the explosively growing audiobook download segment. On average, Audible members listen to Audible content for 2 hours a day. In 2018, Audible customers downloaded nearly 3 billion hours of content