“When a man has been a soldier and seen action, he writes of war with true understanding, and with authority. When that man writes with wit, elegance and imagination, as Fred Majdalany does in PATROL, he produces a military masterpiece.”

“If poetry was the supreme literary form of the First World War then, as if in riposte, in the Second World War, the English novel came of age. This wonderful series is an exemplary reminder of that fact. Great novels were written about the Second World War and we should not forget them.”

In April 2020 IWM will publish two more novels in their Wartime Classics Series which was launched in September 2019 to great acclaim. The novels were all written either during or just after the Second World War and are currently out of print. Following the IWM’s commitment to tell the stories of those who experienced conflict first hand, each novel is written directly from the author’s own experience and takes the reader right into the heart of the battle.

Set in 1943, Patrol is a short, intimate novel following a small group of men on a night-time patrol in the North African desert. Major Tim Sheldon, close to battle exhaustion, is unexpectedly asked to carry out the mission and this atmospheric, tense novel puts this so-called minor action centre stage, as over the course of the day and during the patrol itself, Sheldon reminisces about his time as a soldier, his own future, and what it means to confront fear.

Patrol was a bestseller when it was first published in 1953. Clearly autobiographical, it is based on Fred Madjalany’s own experiences in Tunisia as part of the North African campaign, in particular his command of a night patrol and his time in hospital when wounded. The fictional battalion in the novel is based on 2nd Battalion, Lancashire Fusiliers into which Madjalany was commissioned in 1940. Infantry battalions such as this were constantly in action with little respite, and the officers were very young by peace time standards. The stress of battle aged them considerably. Madjalany’s wife Sheila Howarth wrote, ‘I believe in Patrol he was writing his epitaph’. He suffered a stroke in 1957 and died ten years later when the specialist commented ‘the war killed him.’

Alan Jeffreys, (Senior Curator, Second World War, Imperial War Museums) has written an introduction to each book that sets them in context and gives the wider historical background. He says, ‘researching the Wartime Classics has been one of the most enjoyable projects I’ve worked on in my years at IWM. It’s been very exciting rediscovering these fantastic novels and helping to bring them to the wider readership they so deserve’. 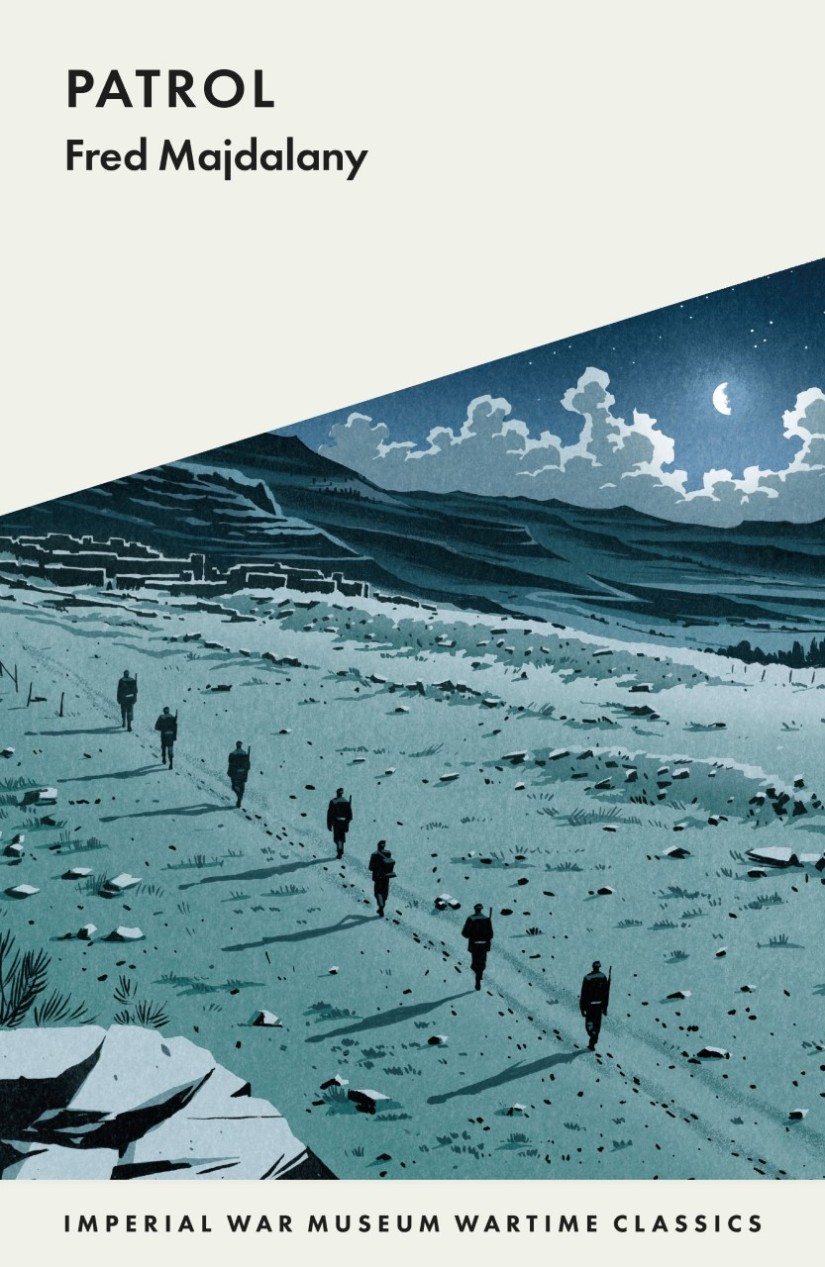 This is the story of men who fought in WWII.

It’s not all guts and glory, but about the monotony of day to day life interspersed with the terror of a nighttime patrol. It tells of their thoughts and dreams of the men while they wonder if they will ever see home again.

The author really brings the tale to life and the experiences of the men are thoughtful and moving.

Thank you to Anne Cater and Random Things Tours for the opportunity to participate in this blog tour,  for the promotional materials and an ARC of the book. This is my honest, unbiased review.

Frederick Majdalany (1913 – 1967) was the son of a Manchester- based Lebanese family. His original first name was Fareed, which he changed to Frederick or Fred. He was also known as ‘Maj’. He worked as a journalist, drama critic and theatre publicist pre-war. He volunteered in 1939 and was commissioned in 1940, serving in North Africa and Italy. He was wounded at the Battle of Medjez-el-Bab, returning to the battalion five weeks later with the rank of captain, later promoted to major, and commanded a company. His unit landed at Taranto in September 1943, where he was awarded the Military Cross during the Italian campaign. In October 1944 he returned home to become an instructor at an officer cadet training unit, which he later commanded, until demobilization in November 1945. After the war Majdalany resumed his career as a journalist and also worked for the BBC on historical scripts for radio and TV. He published novels and military histories, all of which were very well received. He was also involved with International PEN. He died in 1967.