Please accept my apologies for the late posting…..

Welcome to the blog tour for The Thunder Girls by Melanie Blake.

First, here’s  a little about the book and the an extract to follow:

It’s the 1980’s. Chrissie, Roxanne, Carly and Anita are ordinary girls with extraordinary lives. They are better known as eighties pop sensation The Thunder Girls. This girl group is dominating the pop scene, their faces on every magazine cover, millions of fans worldwide, constantly at the top of the charts. Until one of them brings the band’s dream run to an abrupt end. Three of their careers are over – and so is their friendship.

Fast forward thirty years. Their old record label lands a bombshell by asking them to reunite for a series of huge concerts. These would be the gigs of a lifetime with a pay check to match – some need it more than others – and old wounds leave deep scars. A lot has happened since The Thunder Girls were ruling the charts. Addiction, breakdowns, bankruptcy and divorce have led them far from the lives they once lived. If they are to move forward, the past needs to be laid to rest – but there is more to this reunion than meets the eye. Each Thunder Girl is hungry to revive their past success, but what they don’t know is that someone is watching their every move – and is determined to stop them succeeding – in the deadliest way possible.

These four girls have been to hell and back – and some of them are still there. 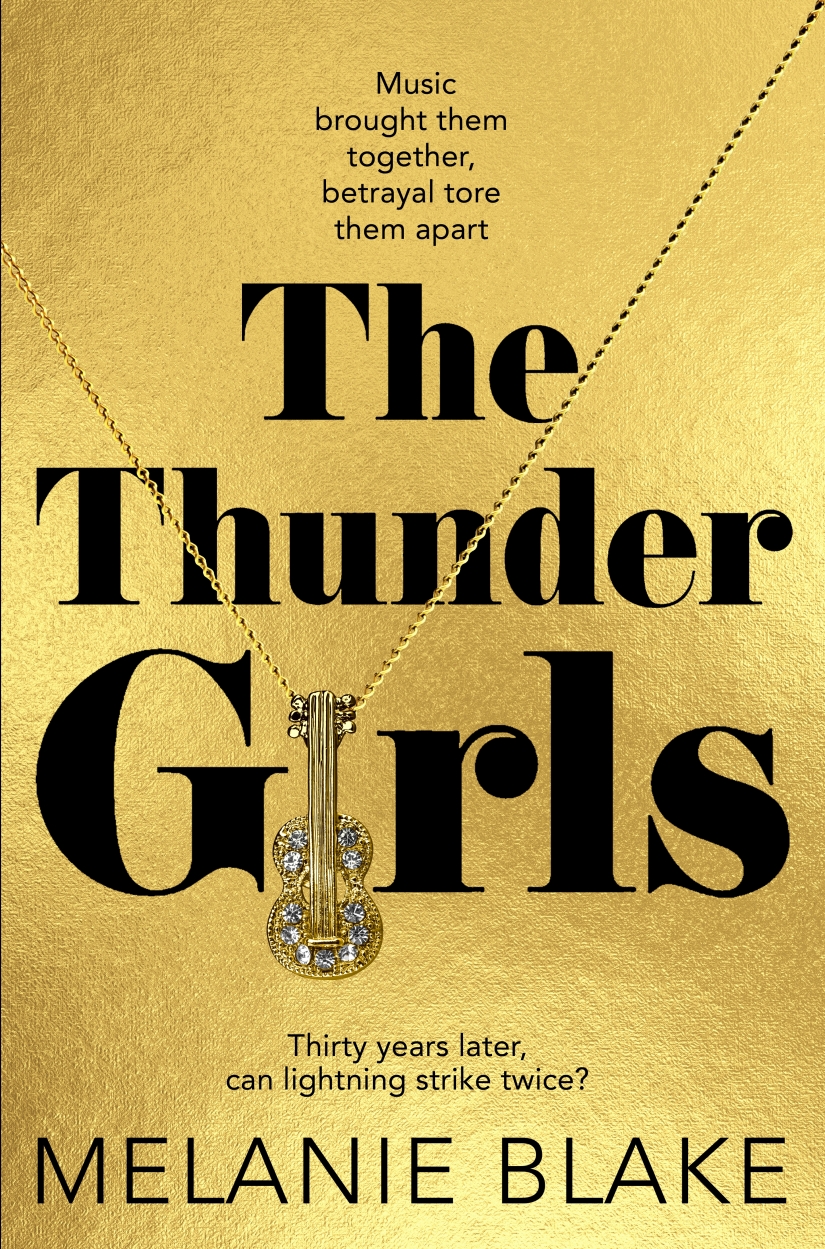 Carly Hughes stepped from the back of the limousine at the entrance to Shine Records. She was wearing a short kilt and leather jacket. Lacy tights with biker boots; big hair, kooky-looking shades and an oversized designer bag worth thousands.

Every inch the pop star.

Her driver, Dale, threw a protective arm around her as he steered her past thousands of screaming Thunder Girls fans, Carly stopping to scribble her name on the autograph books and tour programmes being thrust at her. Some of the fans were hysterical. A young girl clung to her, sobbing, burying her tear-streaked face in her idol’s new jacket.

Without taking his eyes off her, a handsome lad was snap- ping endless pictures on a battered Instamatic whilst staring at Carly intently. Dale let Carly know it was time to move. She detached herself from the crying girl and escaped into the building.

As they waited for the lift she inspected her jacket. ‘I think I’ve got snot on my sleeve. First time I’ve worn this, as well.’

Dale frowned and handed her a crisp white hanky. She dabbed at the damp leather.

‘I keep telling you not to be so touchy-feely,’ he said. ‘You don’t know where they’ve been.’

‘Bunking off school, most of them,’ he grumbled. ‘—hanging about in the cold for hours, hoping for a word.’ ‘You’re way too trusting. They could pull a knife, anything.’

Dale was ex-military. Special Forces. Decorated for bravery. Secretly hoping someone would step out of line one day so he could show what he was made of.

He shook his head. ‘That weird one taking pictures . . . I wouldn’t trust him as far as I could throw him – his eyes don’t look right.’

She giggled. ‘Don’t be mean. He’s the Mad Fan – goes everywhere we do, just likes to look at us and take his pics, bless him.’

‘Yeah, well that’s odd as well, the quiet ones are always the worst.’

On the fourth floor of Shine Records, Roxanne Lloyd was in the glass-fronted executive meeting room – the think-tank,

As one of the UK’s most successful female entrepreneurs, over the years Melanie has had two careers at the top tier of the entertainment industry. Her first 10 years were as a music manager with a roster of award-winning artists who sold over 100 million records and the second decade as one of the UK’s leading acting agents representing some of the most famous faces on British television. The Thunder Girls is inspired by her time in the music business and her second novel which is out in 2021 will be inspired by her years in the world of soap opera and drama. Her own management company, which has covered both genres, has turned over more than 30 million.

With no formal education herself, Melanie is a true champion for working class women who are so often overlooked in our society. The Thunder Girls is a celebration of women from diverse demographics and all the lead characters in the novel are over 40 and working class. As well as having written the book, Melanie has penned The Thunder Girls the play which embarks on a nationwide tour in 2021. Melanie Blake might just be the world’s biggest Jackie Collins fan. She first read Rock Star aged 9, after smuggling the copy out of the library by telling the librarian it was for her mum!  Melanie was dazzled by Jackie Collin’s world where women clawed themselves from poverty into glamorous, moneyed lives. In Jackie Collins’ novels, women were bosses and winners who achieved everything they wanted and it was these novels that inspired Melanie to become her own boss and a lady entrepreneur.  In 2017 Melanie’s connection with Jackie Collins came full circle, when after Jackie’s sad death she bought five pieces of Jackie’s jewellery at auction – two rings and three necklaces inlayed with morganite, citrines and diamonds – which she wears every day.