Family feuds just got bloodier… A gripping thriller, and a great story of death, revenge and vodka.

To save glamorous Kat White’s life, Ben Halloran killed his gangster father. Now his brother wants to even the score.

#5 in the series, but I found it easy to read as a stand-alone, although you do miss out a little on the back story, but it’s easy to catch up,

Kat is the creator of Starshine Vodka and is in a business partnership with Marty, a shrewd businessman.

Erik is Kat’s brother and is researching a cancer cure, he is also in a business partnership with Marty.

Ben, who had shot and killed his gangster father, who had been planning on killing Kat, is in love with Amy, Eric’s girlfriend. Ben’s brother, Jon, wants revenge for his father’s death, but he’s in prison….!

The story is a family drama, with plenty of action. There’s family betrayals, lies, love, politics and corporate dealings all set against the background of Vodka production. A fast paced, twisty, gripping and thoroughly entertaining read.

Thank you to Kelly at Love Books Tours for the opportunity to take part in this blog tour, for the promotional material and a free copy of the book. This is my honest and unbiased review.

Keep your enemies close and your neighbours closer…

When Private Investigator Beverley Saunders is tasked with going undercover, she relishes the chance to disguise herself as a cleaner in order to get close to Manchester bad boy Anthony Anthony, aka the infamous 2Tone. Anthony’s neighbours are suspicious of his wealth and sick of his anti-social behaviour, and Bev’s just the woman they need to find out what’s going on behind closed doors.

As Bev begins to infiltrate Anthony’s world, she soon realises she’s in danger – and this time, she might be too far in to get out. Alongside her sidekick Doc, Bev must fight to discover the truth – but when people begin to die, she is forced to wonder – is exposing Anthony worth risking her own life? 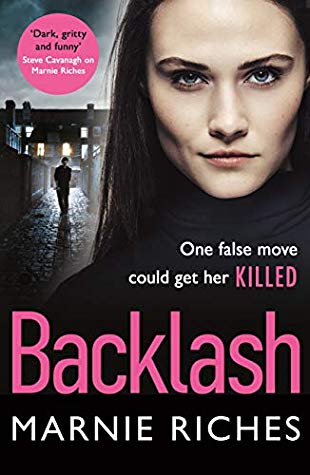 Private Investigator Bev and her partner, Doc take on a new case. A client has a noisy neighbour , so this should be a simple neighbourhood dispute…..but oh no…things start to get complicated.

There are drugs involved and they are put in danger as a result. A very topical and real issue these days, which really lends this tale a feeling of reality.

There is humour too amongst the drama in this well written thriller with a clever plot and brilliant characters, Bev is a bit eccentric and likeable and so funny at times.  It’s a dark, realistic and thoroughly entertaining thriller.

Marnie Riches grew up on a rough estate in north Manchester which has inspired her crime writing. Exchanging the spires of nearby Strangeways prison for those of Cambridge University, she gained a Masters in German & Dutch. She has been a punk, a trainee rock star, a pretend artist and professional fundraiser.

Her best-selling, award-winning George McKenzie crime thrillers, tackling the subject of trans-national trafficking, were inspired by her own time spent in The Netherlands. Dubbed the Martina Cole of the North, she is also the author of Born Bad and The Cover-Up – the critically acclaimed hit series about Manchester’s notorious gangland. 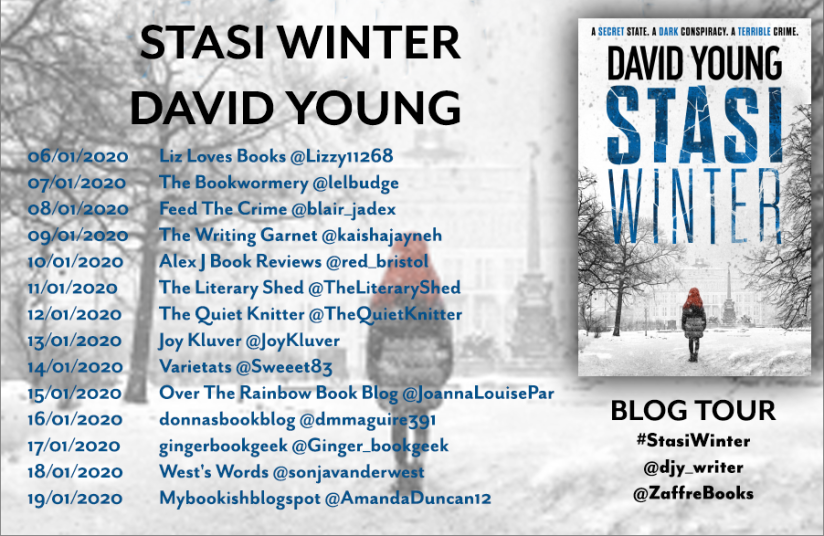 In 1978 East Germany, nothing is at it seems. The state’s power is absolute, history is re-written, and the ‘truth’ is whatever the Stasi say it is.

So when a woman’s murder is officially labelled ‘accidental death’, Major Karin Müller of the People’s Police is faced with a dilemma. To solve the crime, she must disregard the official version of events. But defying the Stasi means putting her own life – and the lives of her young family – in danger.

As the worst winter in living memory holds Germany in its freeze, Müller must untangle a web of state secrets and make a choice: between truth and lies, justice and injustice, and, ultimately, life and death.

Stunningly authentic and brimming with moral ambiguity, Stasi Winter is the thrilling new novel from the award-winning author of Stasi Child. 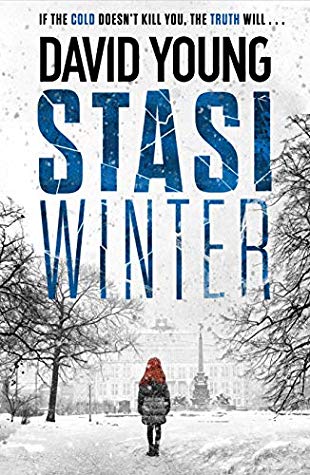 This is #5 in the series featuring Karin Müller, it can be read as a stand-alone but I feel you will be missing out on an amazing series.

Set in East Germany in 1979 and Karin Müller had retired but is brought back to work when a woman’s body is found. The state want this recorded as an accidental death, but Karin is determined to find the truth.

This is historical fiction at its best, a murder mystery, police procedural and politics. Full of adventure this is an immensely gripping read, so atmospheric you’ll feel the chill of winter.

Great characters and so much tension in a clever and engrossing plot to rival Robert Ludlum et al.

Thank you to Tracy at Compulsive Readers for the opportunity to take part in this blog tour, for the promotional material and a free ecopy of the book. This is my honest and unbiased review.

David Young was born near Hull and – after dropping out of a Bristol University science degree – studied Humanities at Bristol Polytechnic specialising in Modern History. Temporary jobs cleaning ferry toilets and driving a butcher’s van were followed by a career in journalism with provincial newspapers, a London news agency, and the BBC’s international newsrooms where he led news teams for the World Service radio and World TV.

David was a student on the inaugural Crime Thriller MA at City University – winning the course prize in 2014 for his debut novel Stasi Child – and now writes full-time in his garden shed. In his spare time, he’s a keen supporter of Hull City AFC.

Stasi Child is the first of three books in the Oberleutnant Karin Müller series – set in 1970s communist East Germany – bought by the UK arm of Swedish publisher Bonnier by former Quercus CEO Mark Smith. It reached the top 5 bestsellers on Amazon Kindle, was number one bestseller in Amazon’s Historical Fiction chart, and has been optioned for TV by Euston Films (Minder, The Sweeney etc). Translation rights have so far been sold to France.