You would do anything for your family. Wouldn’t you?

A gripping crime thriller, perfect for fans of Peter James.

The real nightmare begins when the missing person returns…

Gareth Bell is about to arrest a cocaine dealer on Brighton Marina, when he makes a shocking discovery that turns his world upside down: the dealer is his long-lost brother, Jake, someone he thought had died years ago.

But their reunion is short lived. For Jake is on the run from a cold-blooded killer, whose network reaches all the way into the police force itself. Now that his brother’s life is on the line, Bell has only two choices. Family, or duty?

Sergeant Gareth Bell is on a surveillance operation, they are watching a drug deal taking place hoping to catch them as the transaction takes place. But, he recognises the drug dealer, as his brother ! All hell breaks out then and ends with his brother, Jake, jumping into the sea.

He finally catches up with him and finds out he has stolen something from the Russians and they now want him dead. Can Gareth save his brother?

This is an incredible, action packed thriller, all set in Brighton. Told from Gareth’s perspective, it gives insight into his character. He’s short tempered, prone to act first and think later, but he is also dealing with a broken marriage and his father’s ill health. It feels personal, a journey through just about every emotion while trying to do what’s right.

A well written, gritty, gripping and emotion packed thriller, with plenty of surprises to make this a real page turner. I can thoroughly recommend it.

Thank you to Sarah at Book On The Bright Side for the opportunity to participate in this blog tour, for the promotional materials and a free copy of the ebook. This is my honest, unbiased review.

Paul Grzegorzek was born in 1976 and despite the name is Sussex born and (mostly) bred.

Paul writes dark, gritty crime novels inspired by his time as a police officer in his home town of Brighton, giving them a realistic feel that can only come from years of experience pounding the streets.  During his police career, he worked in a number of specialist units, including as a riot medic, method of entry specialist and intelligence officer, where he met and worked with many of the people who became characters in his books.

He has also worked in the private security and defence industries, as well as consulting for various agencies, giving him a unique insight into crime at both street and higher levels.

Born in Shoreham-By-Sea, within spitting distance of Brighton, Paul now lives in Hove with his wife and two sons.

Any wish fulfilled for the right price. That’s the promise the organization behind The Desire Card gives to its elite clients – but sometimes the price may be more menacing than anyone could ever imagine.

Harrison Stockton has lived an adult life of privilege and excess: a high-powered job on Wall Street fuels his fondness for alcohol and pills at the expense of a family he has no time for. Quite suddenly all of this comes crashing to a halt when he loses his job and at the same time discovers he almost certainly has only months left to live.

Desperate, and with seemingly nowhere else left to turn, Harrison activates his Desire Card. What follows is a gritty and gripping quest that takes him from New York City to the slums of Mumbai and forces him to take chances, and make decisions, he never thought he’d ever have to face. When his moral descent threatens his wife and children, Harrison must decide whether to save himself at any cost, or do what’s right and break his bargain with the mysterious group behind The Desire Card.

The Desire Card is a taut, fast-paced thriller, from internationally acclaimed author Lee Matthew Goldberg, that explores what a man will do to survive when money isn’t always enough to get everything he desires.

Harrison Stockton works for Sanford & Co in Mergers and Acquisitions, he’s also an alcoholic. He is let go by the company in a ‘restructuring ‘. Part of his severance package is The Desire Card…..a perk, whatever you want, but at a price.

So before he goes home, he calls The Desire Card and requests a prostitute, Naelle, with whom he instantly feels a bond with…..but then he collapses and she saves his life, but doctors then tell him he has cirrhosis of the liver and will die without a transplant.

He goes home to his lonely home, his wife is busy with charity work and he no longer feels much of a bond with his children…and his father in law, Jay, detests him…..he doesn’t tell anyone of his illness, but makes a decision to contact an old friend in Mumbai, a Doctor and arranges a black market liver transplant……just as he thinks he’s saved, something changes everything.

So he resorts to The Desire Card…..could they get him a liver? But at what cost?

Non stop panic and fear felt by Harrison in his desperation as he really makes some questionable decisions, yet while his liver is failing he still can’t stop drinking and eating to excess……I found it difficult to have any sympathy for Harrison, he’s emotionally distant, probably due to his difficult childhood, he’s self absorbed and morally bankrupt, but my he didn’t deserve the rollercoaster of disasters that befall him….

Will Harrison get his liver? Will he somehow redeem himself?

A dark look at the black market for organs, the exploitation of the poor and the belief that money can buy you anything if you know the right people and to hell with the consequences. So scary, as it just seems so plausible! Brilliantly fraught and totally believable.

Thank you to Blackthorn Book Tours for the opportunity to participate in this blog tour and for the promotional materials. This is my honest, unbiased review. Lee Matthew Goldberg is the author of the novels THE DESIRE CARD, THE MENTOR, and SLOW DOWN. He has been published in multiple languages and nominated for the 2018 Prix du Polar. The second book in the Desire Card series, PREY NO MORE, is forthcoming in 2020, along with his first Sci-Fi novel ORANGE CITY. His new endeavor will be as the editor-in-chief and co-founder of Fringe Press and Fringe Digital, dedicated to publishing fiction that’s outside-of-the-box. His pilots and screenplays have been finalists in Script Pipeline, Book Pipeline, Stage 32, We Screenplay, the New York Screenplay, Screencraft, and the Hollywood Screenplay contests. After graduating with an MFA from the New School, his writing has also appeared in the anthology DIRTY BOULEVARD, The Millions, Cagibi, The Montreal Review, The Adirondack Review, The New Plains Review, Underwood Press and others. He is the co-curator of The Guerrilla Lit Reading Series and lives in New York City. Follow him at leematthewgoldberg.com. 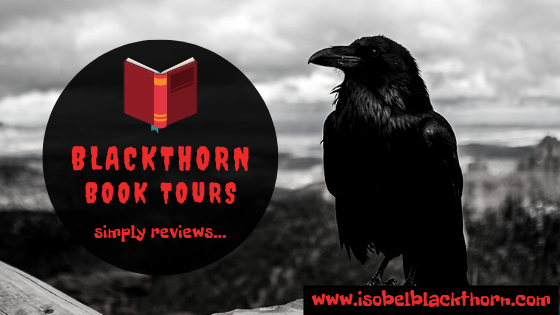