Code 17 was originally a musical idea.

Ten years ago I made an album that paid homage to the theme music of 1960s British TV spy series like The Man from UNCLE, The Baron and Department S, and to films like Modesty Blaise and The Ipcress File. The music on the album was from an imaginary TV series called Code 17, featuring the glamorous art dealer/spy Lady Laura Summers. She was imagined as a cross between Sharron Macready of The Champions, Emma Peel of The Avengers and Lady Penelope Creighton-Ward of Thunderbirds, though none of these women was the lead character in their own show.

Ten years later I thought I could make a novel out of Code 17 and Lady Laura – a fast-paced, female-led thriller set in the art world of Swinging 1967 London. I kept to the format of a twelve-episode TV series and tried to imagine each chapter as a self-contained thirty minute episode, split into short, cinematic scenes; I imagined our heroine getting into deep water in every episode but always getting out of it before the credits rolled.

I hope you can imagine it that way too.

You can hear the music at https://www.mixcloud.com/planckmusic/code-17/ 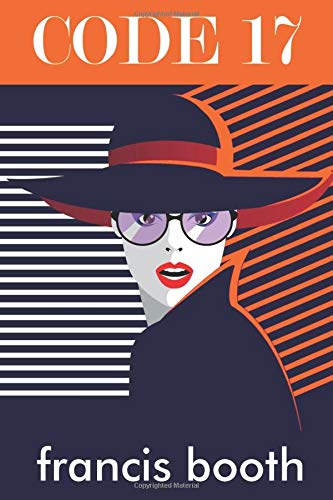 Lady Laurencia Artemisia Claudia Summer or Lady Laura as she prefers, is an upper class art dealer……she is also a dealer in art forged by her friend Muffie…

Lady Laura is also gay, she is to marry Jonny, to keep up appearances, but on the wedding day, he is shot and with his dying breath he says ‘Code 17’….

Code 17 turns out to be a clandestine group of wealthy, powerful men who right wrongs their own way….

Lady Laura believes a woman to have shot Jonty, confirmed by her father as he tells her of the secretive Code 17…she wants revenge for Jonty and decides to find out more herself.

What follows is a romp through 1967….with its pop art, money and fashion. It’s a fast paced adventure in the vein of the Avengers….bowler hats and swords,there’s even a catsuit…. Lady Laura reminded me distinctively of Joanna Lumley’s Purdy…..

Lots of twists, with references to art and literature too. Great characters and a fun read.

Thank you to Anne Cater and Random Things Tours for the opportunity to participate in this blog tour and for the promotional materials and a free copy of the book. This is my honest, unbiased review

Francis Booth’s novels are all available as eBooks and paperbacks on Amazon. They include:

Francis is also the author of several academic books on modern literature and culture, also available on Amazon:

As a translator, Francis Booth has published English versions of the Marionette Plays of Maurice Maeterlinck and produced libretti adapted from Akutagawa, Strindberg and early Sanskrit and Buddhist texts, several of which have been set to music and recorded.

Francis also produces music under the name Tektonix, all of which is on YouTube and at mixcloud.com/planckmusic. He is currently at work on Code 17.1, the sequel to Code 17. 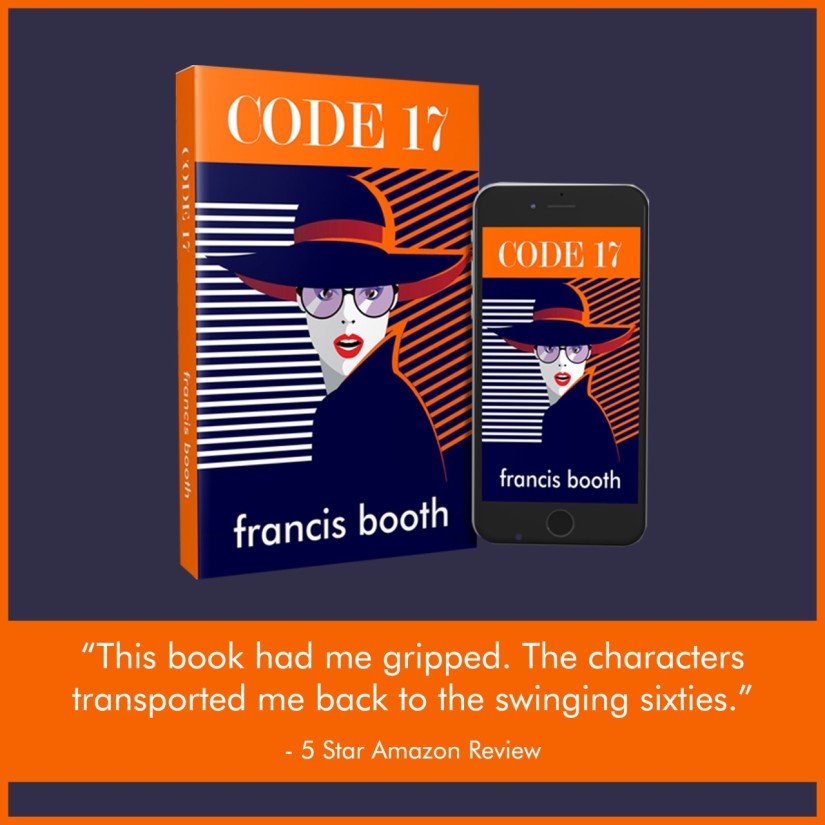