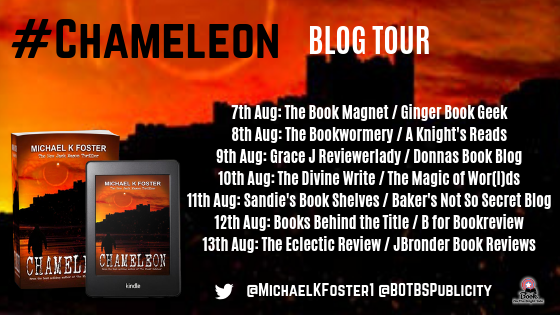 It was meant to be a harmless adventure…or so he thought.

When a ten-year-old boy playing hooky from school sees a young woman’s body hanging from a tree, a man at the scene gives chase.

Still recovering from near fatal injuries, Jack Mason is sent to investigate. He knows the boy’s life is in danger, but that’s the least of his worries. There’s a much darker side to this investigation, and one that threatens to change many people’s lives.

What really happened in the woods that day? What dark secrets was the dead woman hiding?

And who, or what, is Chameleon? 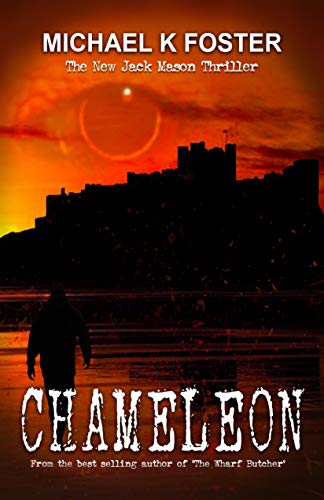 This is #4 in the DCI Jack Mason series by Michael K Foster, but I found it easy to read as a stand-alone.

Jack is committed to his job, he doesn’t shirk the tough parts and gets his hands dirty along with the rest of his team and so is well respected.

In this tale. A young boy of 10, sees a woman hanging and it’s not a suicide…he was seen and he is now in danger… so Jack Mason and his team are to protect the witness.

This is one of the Chameleon’s murders….can they keep their witness safe?

This has everything, the Russian Mafia, a hitman, poisons, murder and even money laundering. It really is non stop action with some great characters in a gripping, nail biting thriller.

Don’t miss out on the rest of the series: 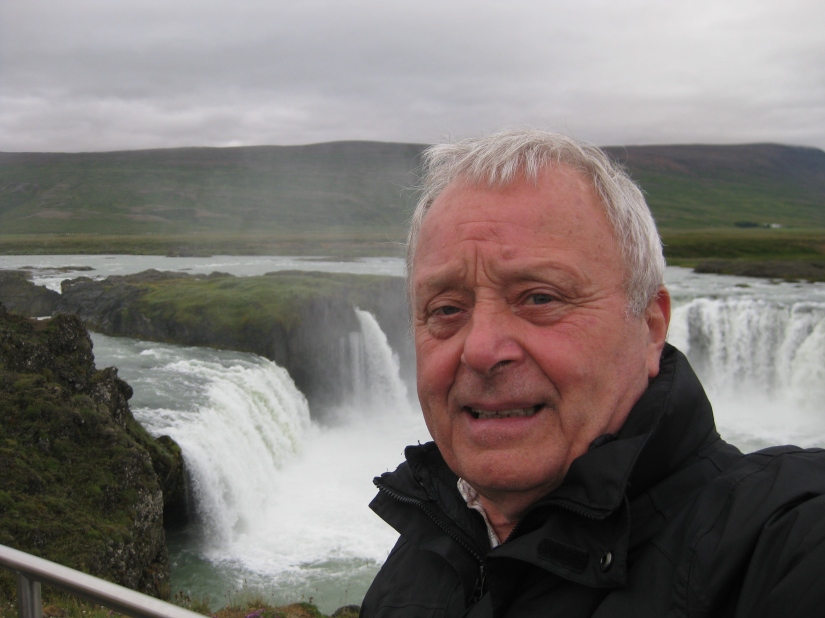 Michael K Foster has been writing crime thriller novels since 2006, all of them based in and around the North East of England. His bestselling debut novel, ‘The Wharf Butcher,’ was released in 2015 and offers a unique insight into this rugged landscape. He has now written four full-length novels featuring the hard-hitting DCI Jack Mason and local criminal profiler David Carlisle. His latest book in the series, ‘Chameleon,’ is scheduled for release in June 2019.

Michael was born in Plymouth, England. After ten years’ service in the British Army, he moved to Newcastle where he gained a master’s degree. A former Magistrate, he now writes full time and lives with his family in County Durham. 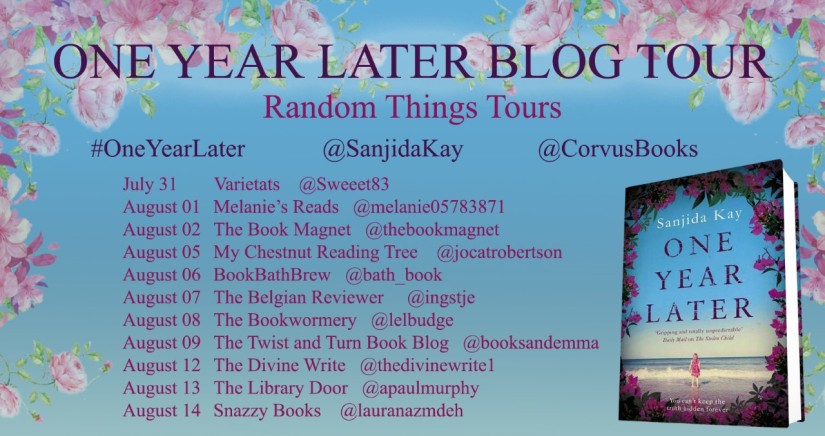 Since Amy’s daughter, Ruby-May, died in a terrible accident, her family have been beset by grief. One year later, the family decide to go on holiday to mend their wounds. An idyllic island in Italy seems the perfect place for them to heal and repair their relationships with one another.

But no sooner have they arrived than they discover nothing on this remote island is quite as it seems. And with the anniversary of the little girl’s death looming, it becomes clear that at least one person in the family is hiding a shocking secret. As things start to go rapidly wrong, Amy begins to question whether everyone will make it home…

One Year later is a tale of family, tragedy and secrets…..Amy and Matt’s young daughter, Ruby-May had died in a tragic accident….but who was meant to be watching her ?

On the anniversary of her death, Amy wants to get away…..not to Somerset, but a holiday without constant reminders of her daughter…It’s decided on Italy, for the whole family, except one member…….he would not be welcome.

So, they arrive and find they are in an idyllic area, in a lovely cottage near a pool and the sea…..but then Nick, Amy’s brother arrives with their father in tow…..the tension is palpable at this point…..he is blamed for Ruby-May’s death, as he was meant to be watching her…..wasn’t he? He doesn’t remember being asked to look after her….is he in the early stages of dementia? Bethany, Amy’s sister believes this to be the case…who is telling the truth?

I loved Sanjida Kay’s descriptive writing, from Somerset to Italy, you could feel the heat of summer and smell the thyme, which all build the atmosphere beautifully. The characters are all so well developed you will share their emotions and more than a tear or two at times. Utterly gripping, this us A tale of family, loyalty, love and heartbreak…an emotion packed psychological thriller and family drama with the odd twist too. Brilliant. 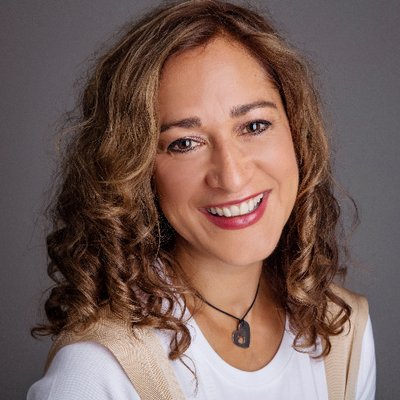 SANJIDA KAY is a writer and broadcaster. She lives in Somerset with her daughter and husband. She has written three previous psychological thrillers, Bone by Bone, The Stolen Child and My Mother’s Secret to critical acclaim.

Praise for My Mother’s Secret

‘So compelling you have no choice but to race through it… Twisty, tense and chilling. Brilliant!’ Sam Carrington

‘Chilling and compelling, filled with exquisitely drawn characters and gut-wrenching twists that force you to ask the most terrifying question of all: how would I cope if this happened to me?’ Cavan Scott

‘With her vibrant prose and razor-sharp observation, Sanjida’s story hooked me right from the start, pulling me in with an increasing sense of unease until the final spine-chilling climax.’ Caroline England

‘A gripping yarn with a vicious sting in the tale that shows the road to Hell is paved with good intentions.’ L V Hay

Praise for The Stolen Child

‘An excellent piece of work [that] triumphs both as an edge-of-the-seat whodunnit and a psychologically perceptive study of the impact of grief, loss and alienation.’ Irish Independent

‘A taut thriller that boxes you in with more lies and red herrings than you can shake a stick at.’ The Book Trail

‘The Stolen Child captivated me, terrified me and left me deeply moved.’ Holly Seddon

‘Beautiful terse writing and the build to the shattering climax is palpable.’ Peter James

‘Grips to the very last page… I couldn’t put it down.’ Amanda Jennings

‘Gut-wrenching… The Stolen Child succeeds as both a fast-paced thriller and a haunting tale of a fragile family.’ Peter Swanson