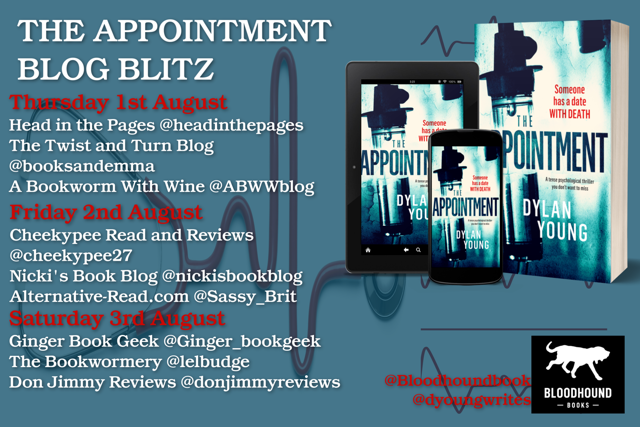 He’s a doctor…but can you trust him?

With his marriage collapsing and grief-stricken following the death of his baby son, surgeon Dan Lewis is struggling to make sense of it all.

His work is his lifeline. But when he fixates on a child patient he thinks has a potentially lethal disease, no one believes the diagnosis. They all think he’s losing his mind.

When one of Dan’s critics is senselessly murdered and the evidence points to the damaged doctor as the prime suspect, his bad situation becomes desperate.

But there’s a dark secret linking the ill child and the murder victim. One that no one other than Dan can see.

Can he overcome his paralyzing despair to reveal the truth and clear himself?

And if he does, will he be in time to save an innocent child from a terrifying fate?

Dan Lewis is a surgeon, he’s still trying to come to terms with the tragic death of his young son, Theo. When a young boy, William, is brought to his office for an eye examination, his emotions are all over the place. But he notices something in one of William’s eyes, poor William is now upset so they make another appointment to give him time to calm down.

William’s Dad is angry, he feels Dan is victimising him due to his religion, he’s a healer and should be able to heal William himself. Is he really a caring father?

What follows is an emotion packed thriller. Dan and Kate are a mess, trying to deal with bereavement, Bliss is just terrifying in his relentless torment of Dan. No one believes Dan, they think he is imagining everything due to his emotional state, it’s not the first time he’s imagined things …..Will Dan be able to convince them Bliss is a dangerous man? Can he get William the treatment he needs?

Full of twists and secrets from the completely heartbreaking start to marvellously shocking yet satisfying ending…….brilliant.

Dylan Young grew up in a mining village in South Wales before boarding a train for London. A 35-year career in the NHS followed, the last 27 as a consultant ophthalmologist. Three dark psychological thrillers for Random House emerged in the late nineties and over the last decade, under different pseudonyms, he’s written children’s books and an adult contemporary fantasy series. But retiring from the NHS has allowed Dylan to spend (even) more time in his writing office — a shed in the garden.