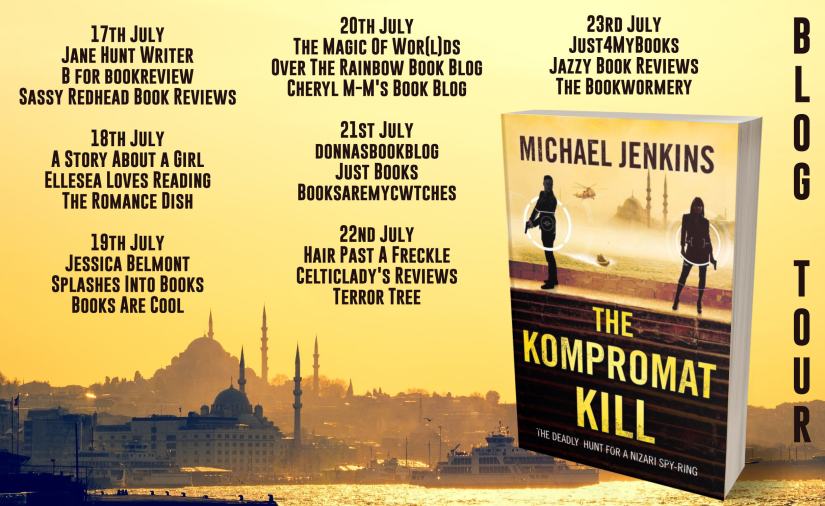 They were preparing for decades – now it’s time to take them down.

When a British Diplomat is kidnapped in the heart of London, followed by a brutal double-assassination in Chelsea, MI5 braces for the threat of deep sleeper cells coming alive.

Hiding overseas with a price on his head, Sean Richardson is tasked to lead a deniable operation to hunt down and recruit an international model and spy. Moving across Asia Minor and Europe, Sean embarks on a dangerous journey tracking an Iranian spy ring who hold the keys to a set of consequences the British Intelligence Services would rather not entertain.

As Sean investigates deeper, he uncovers dark secrets from his past and a complex web of espionage spun from the hand of a global master spy. As he inches closer to the truth, the rules of the game change – and the nerve-wracking fate of many lives sits in his hands…….……..

Tense, absorbing, and insightful, The Kompromat Kill is a gripping thriller leaving

you breathless at the pace of intrigue, cleverly unravelled in a dramatic finale. 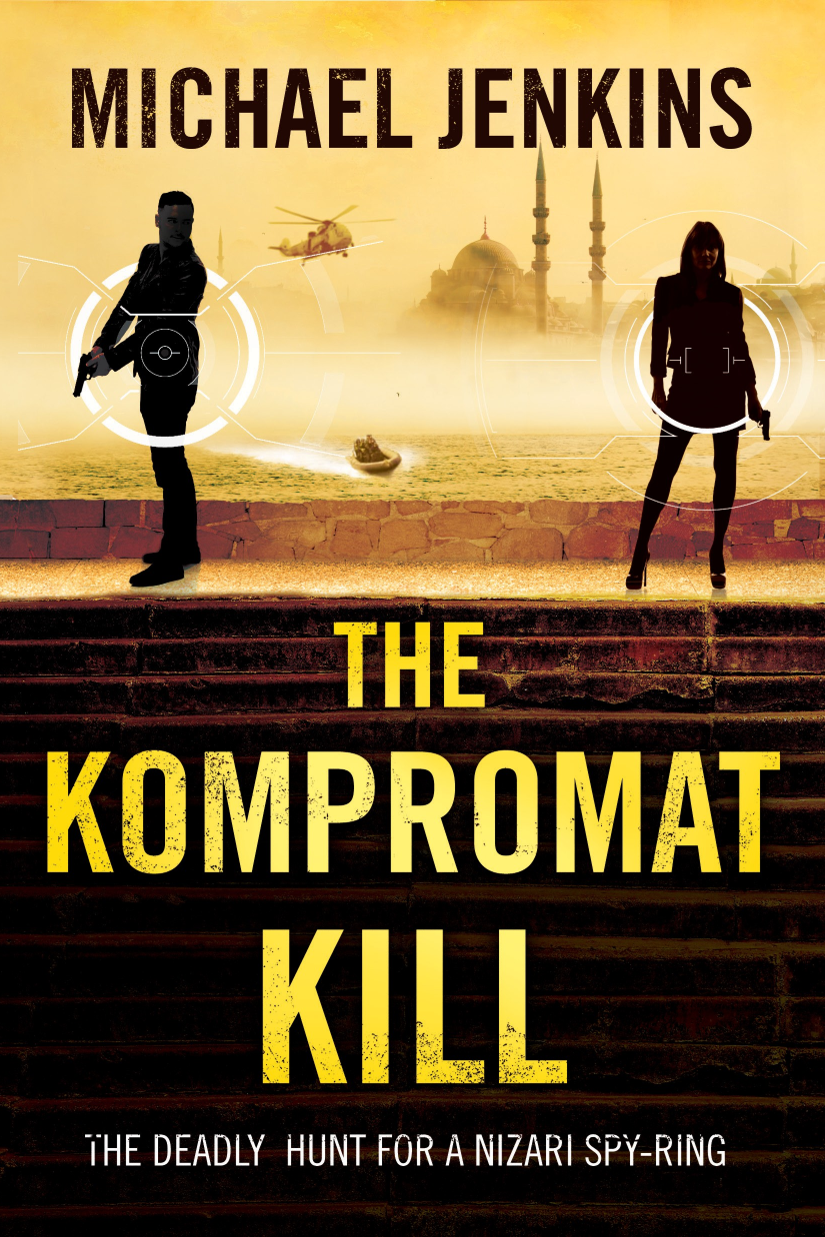 Sean is in trouble , he has a price on his head, a ruined career and a certain way of doing things…..his way!

His latest exploit is helping his former employer locate someone and find out just who they are working for…..

He finds out more secrets than expected and his safety is in danger again and again.

The British Secret Service call on Sean for help on other cases….but are these linked?

Lots of action, espionage, Russians and danger. This is edge of your seat excitement from start to finish….if you like an action packed spy thriller, you’ll love this.

Thank you to Rachel’s Random Resources for the opportunity to participate in this blog tour and for the promotional materials and a free copy of the ebook. Thank you also to The Pigeonhole.This is my honest, unbiased review. 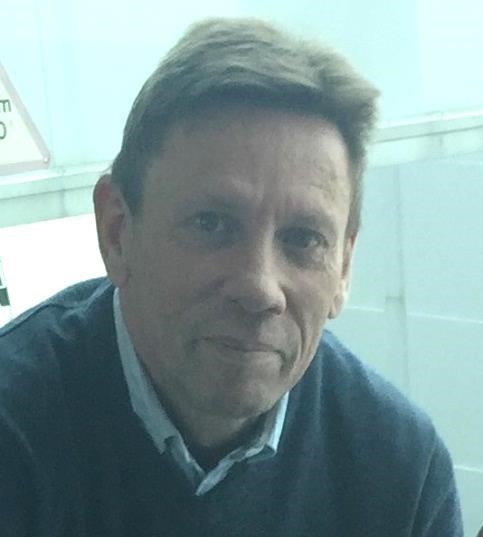 I started climbing at 13, survived being lost in Snowdonia at 14, nearly drowned at 15, and then joined the Army at 16. Risk and adventure was built into my DNA and I feel very fortunate to have served the majority of my working career as an intelligence officer within Defence Intelligence, and as an explosive ordnance disposal officer and military surveyor within the Corps of Royal Engineers.

I was privileged to serve for twenty-eight years in the British Army as a soldier and officer, rising through the ranks to complete my service as a major. I served across the globe on numerous military operations as well as extensive travel and adventure on many major mountaineering and exploration expeditions that I led or was involved in.

I was awarded the Geographic Medal by the Royal Geographical Society for mountain exploration in 2003 and served on the screening committee of the Mount Everest Foundation charity for many years. It was humbling after so many years of service when I was awarded the MBE for services to counter-terrorism in 2007.

The Failsafe Query is my debut novel, with The Kompromat Kill, my second.

Giveaway to Win 5 copies of The Kompromat Kill (Open INT)

Rafflecopter box below. The winner will be selected at random via Rafflecopter from all valid entries and will be notified by Twitter and/or email. If no response is received within 7 days then Rachel’s Random Resources reserves the right to select an alternative winner. Open to all entrants aged 18 or over. Any personal data given as part of the competition entry is used for this purpose only and will not be shared with third parties, with the exception of the winners’ information. This will passed to the giveaway organiser and used only for fulfilment of the prize, after which time Rachel’s Random Resources will delete the data. I am not responsible for despatch or delivery of the 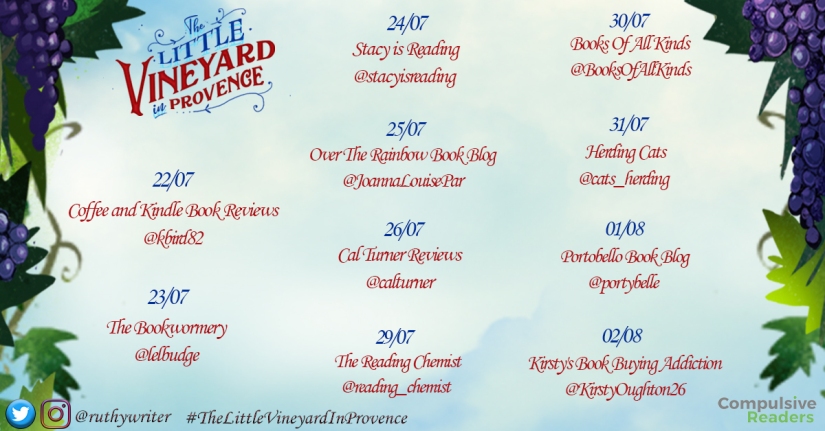 Ava’s marriage has been a lie. For the past five years her husband Mark has been squandering their money on gambling and dodgy deals that have amounted to nothing. Mark has left Ava and their daughter, Sophia, to fend for themselves with a mountain of debt and not as much as an explanation as to where he’s gone or when he’ll be back.

Just when Ava couldn’t feel any lower, she receives the news that her grandfather has passed away. When Ava was a child, she used to spend her summers picking grapes on her grandfather’s vineyard in Provence, before a rift between his daughters tore the family apart. They hadn’t seen each other for years, which is why Ava is shocked to learn her grandfather has left money to her sister, Olivia, but his entire vineyard, Chateau Montrose, to her.

Fresh coffee and croissants for breakfast, a glass of red with the handsome local waiter Jacques; Ava starts to feel quite at home. But it would be madness to walk away from her marriage, to take a chance on a place she fell for as a child – wouldn’t it? 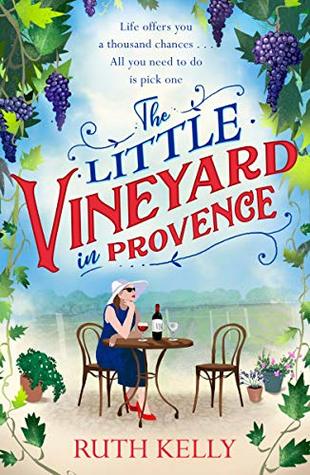 With a charming cover, this lovely summertime novel is a perfect read.

Ava has a bit of a tough time, with a rather unlikeable husband, Mark and a disrespectful daughter….

Ava then receives a letter, she owes a vineyard !! The excitement and joy was palpable and contagious….so off she goes to France and new adventures. Maybe a bit of distance between her and Mark will help…

But, this isn’t going to be easy, the vineyard and farmhouse are in a state of disrepair, and the gardener and housekeeper are struggling.

There’s a friendship with Jacques, a waiter….but does he have an ulterior motive? Poor Ava…..she’s such a likeable character and deserves a little happiness…

Set in an idyllic location, with great characters and a great story. A perfect beach read.

Thank you to Tracy and Compulsive Readers for the opportunity to participate in this blog tour and for the promotional materials and a free copy of the ebook.  This is my honest, unbiased review.