Esther lost her husband, Julian, and her children, Harriet and Dexter, in a car accident and is struggling with her grief.

Her only friend is Amy, a young lady who lives close by and visits Esther to keep her company.

Esther’s sister, Charlotte, also visits from time to time but Esther despises her. She believes that Charlotte had an affair with Julian and was planning to run off with him and the children on the same journey that killed her family and left Charlotte seriously injured.

From her window, Esther watches her new neighbour and becomes concerned about the erratic and abusive behaviour she displays towards her husband and children.

Spurred on by her own loneliness and a need to make amends for not being able to save her own children, Esther takes it upon herself to watch the woman who lives at number 19 and keep a record of her cruelty with a mind to reporting it to the authorities.

When unexplainable incidents begin to happen in Esther’s house, she begins to fear for her safety and as more and more strangers appear in her life uninvited, she becomes bewildered and disorientated.

Meanwhile, over at number 19, the woman’s behaviour is becoming more explosive and unpredictable.

As Esther starts to lose her grip on reality, her world begins to unravel, leaving her wondering – just who is this strange woman at number 19 and why is Esther so obsessed with her?

Oh my tattered and broken heart…….what a read!

Esther is a lonely, 45 year old woman. She lives alone after the death of her husband Julian, and her two children, Dexter and Harriet. Her grief has destroyed her, it’s broken her.

Amy, a young women, visits Esther and does little chores for her, but mainly has a cup of tea and a chat. She’s the only brightness in Esther’s world. She’s a nurse and is excited about her forthcoming wedding.

Esther is watching her neighbour across the street, the woman is cruel to her children, so she starts keeping notes…she needs the evidence before she speaks to the authorities….

Esther gets a visit from her sister Charlotte, she can’t understand why she would bother….it’s all her fault, having an affair with Julian, and was in the car with Julian, taking the children away from her when the tragic accident happened…..

Soon after the visit, Esther’s world starts to get confused, things are moved in the house, pictures torn to pieces….who is doing this? But then she sees her husband, her dead husband in the house at number 19…..and her world comes crashing down!!

This is an utterly gripping read, I honestly read this in one sitting as I couldn’t put it down…..it’s so tragic to see Esther falling apart…..will she get the help she clearly needs…..or is there more trauma to come?……I was left with goosebumps. Stunning. 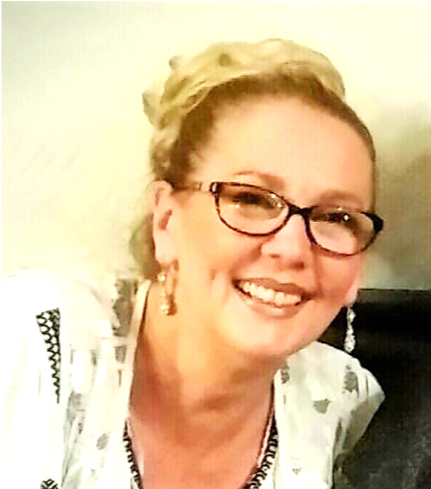 J.A. BAKER was born and brought up in North East England and has had a love of language for as long as she can remember.

She has an interest in local history and genealogy and enjoys reading many genres of books but especially enjoys psychological thrillers.

J.A. Baker has four grown-up children and a grandchild and lives in a village near Darlington with her husband and madcap dog.

Her first book, Undercurrent was published by Bloodhound Books in March 2017 and went straight into the Top 100. Since then she has had five other books released, three of which also made it into the Amazon Top 100 rankings.

The Woman at Number 19 is her 7th novel.