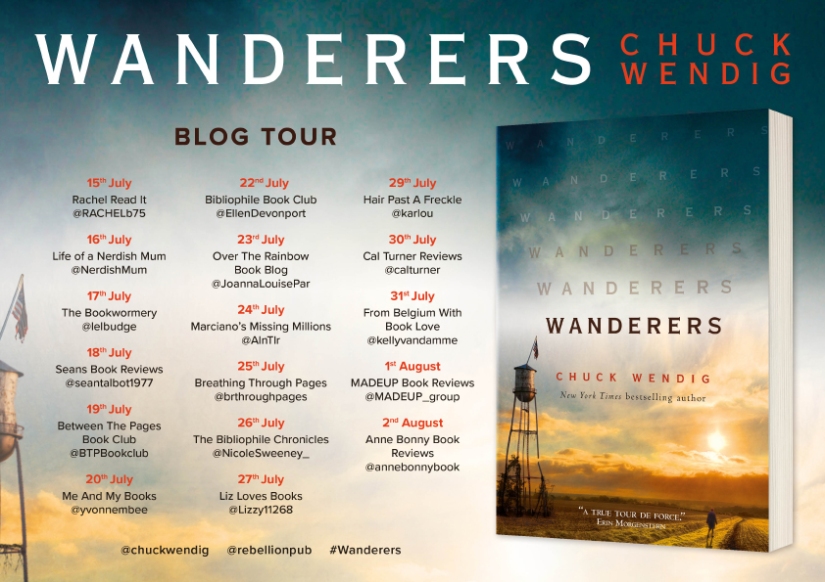 A decadent rock star. A deeply religious radio host. A disgraced scientist. And a teenage girl who may be the world’s last hope. In the tradition of The Stand and Station Eleven comes a gripping saga that weaves an epic tapestry of humanity into an astonishing tale of survival.

Shana wakes up one morning to discover her little sister in the grip of a strange malady. She appears to be sleepwalking. She cannot talk and cannot be woken up. And she is heading with inexorable determination to a destination that only she knows. But Shana and are sister are not alone. Soon they are joined by a flock of sleepwalkers from across America, on the same mysterious journey. And like Shana, there are other “shepherds” who follow the flock to protect their friends and family on the long dark road ahead.

For on their journey, they will discover an America convulsed with terror and violence, where this apocalyptic epidemic proves less dangerous than the fear of it. As the rest of society collapses all around them–and an ultraviolent militia threatens to exterminate them–the fate of the sleepwalkers depends on unraveling the mystery behind the epidemic. The terrifying secret will either tear the nation apart–or bring the survivors together to remake a shattered world. 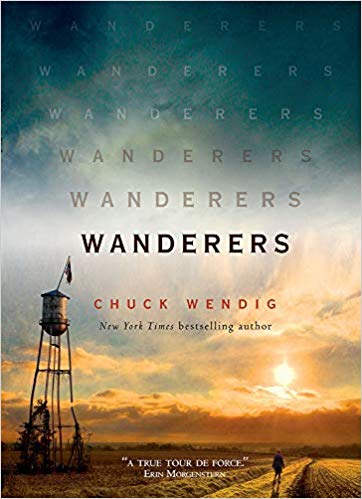 This is my first read of a novel by Chuck Wendig and it’s definitely not going to be my last…..

The Wanderers is an epic journey of a band of people, the flock and the shepherds…..trying both to survive and keep the sleepwalkers safe….

White Mask…..a fungal infection that slowly invades a person, giving symptoms of a cold, but as it grows it reaches the brain causing dementia and madness…..where did this disease come from?

There is Stover, a white supremacist who is violent and a vile man, he uses torture, rape and fear to keep control. He believes the walkers are the reason for this illness and so plans to kill them all…..I found this all too real, just listen to the news coming out of America these days…..the hatred is there coming right from the top.

Matthew, a man of god, gets drawn in by the charisma of Stover, until he realises the truth, but it’s too late and he is imprisoned by him…..he does have a change of heart, but can he do the right thing???

Then there’s the CDC\EIS group, all doctors and scientists trying to find out how this illness works, is there a cure? How are the walkers surviving with no food, rest or seemingly any consciousness other than a desire to keep moving….woe betide you try and stop them !!

There are incredibly well written characters that you will truly become invested in, willing them on, suffering their fears and doubts, the little successes and those awful moments of failure.

Yes, there will be comparisons to Stephen King’s, The Stand, there is a ‘plague’, and two distinct groups of people but that’s where the comparison ends. (There is a mention of The Stand in the Book too)….In my view, this is even better…

It’s unique and ultimately scary, as it’s so believable. The fear of AI taking over, just look at the fake news bots!!…..Black Swan the all seeing, statistic driven computer programme is terrifying ….

Will the walkers awake? Will humanity survive? What will happen to Benji, Shana, Sadie, Arav, Matthew, Pete, Landry and of course Black Swan?

At 780 pages, this is not a light read, but it is totally and utterly compelling. I loved every single minute of this beautifully harrowing tale. A modern classic and a must read.

Thank you to Tracy and Compulsive Readers for the opportunity to participate in this blog tour and for the promotional materials and a free copy of the book.  This is my honest, unbiased review.

Chuck Wendig is a novelist, a screenwriter, and a freelance penmonkey.

He has contributed over two million words to the roleplaying game industry, and was the developer of the popular Hunter: The Vigil game line (White Wolf Game Studios / CCP).

He’s written too much. He should probably stop. Give him a wide berth, as he might be drunk and untrustworthy. He currently lives in the wilds of Pennsyltucky with a wonderful wife and two very stupid dogs. He is represented by Stacia Decker of the Donald Maass Literary Agency.

You can find him at his website, terribleminds.com.(Courtesy of Goodreads) 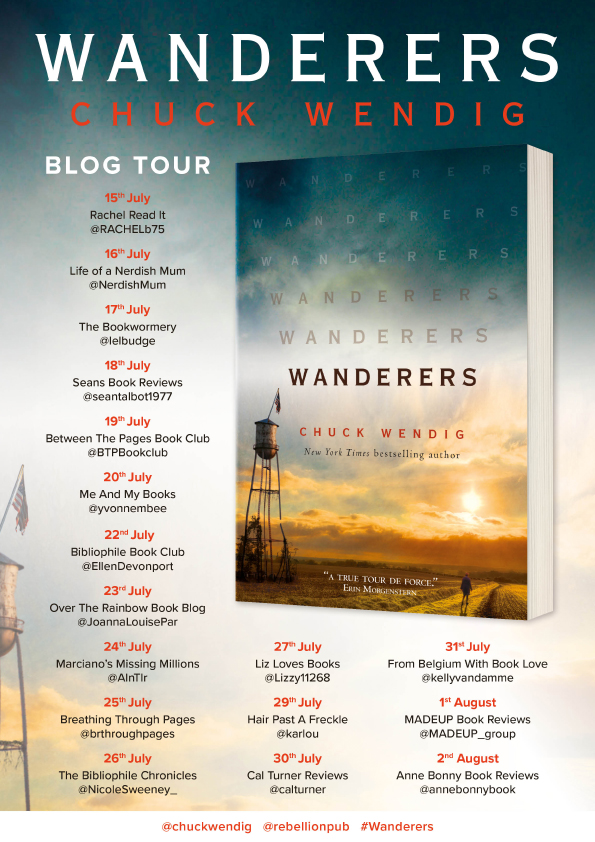