As she lies on her deathbed visited by the ghosts of her past, who should we believe, Kate or those who accuse her of duplicity? Memory is a fickle thing: recollections may be frozen in time or distorted by the mirror of wishful thinking. Kate’s own story is one of incredible achievements, illicit love affairs and desperate longing; those of her accusers paint a very different portrait – of a woman determined on fame and fortune.

The reader navigates a narrative as fractured as the Siberian ice Kate crosses in search of a cure for leprosy, and as beautiful as Rose, her lost love, as the full picture emerges of a life lived when women were not expected to break the mould.

God’s Children is a unique, engaging read by Mabli Roberts….

This is the story of Kate Marsden and her 11,000 mile search for a flower that could possibly cure leprosy.

This is an epic tale of travels through a hostile environment of, forests, snow and ice with some truly perilous moments.

It starts on Kate’s death bed as she remembers her past…During her story she recounts earlier memories of her life in England, Russia, Bulgaria and New Zealand, we learn of her personal life too which damaged her reputation at the time.

“In the spring of 1890, St Petersburg was filled with blossom.”

Beautifully written with such descriptive writing you’ll feel every chill and moment of danger along with Kate. It’s not a fast read and I felt at sometimes a little disjointed, but it is human, with all its foibles, love, beauty, fear and death…..stunning and it will stay with me for a long time.

Mabli Roberts lives in a wild, mountainous part of Wales. She has an MA in Creative Writing from Lancaster University and has worked as a Visiting Lecturer at the University of Wales, Newport. Most of her inspiration comes from her love of history and from long walks in the timeless landscape around her.

Mabli also writes as Paula Brackston, PJ Brackston and PJ Davy. Nutters was shortlisted for the Mind Book Award and The Witch’s Daughter was a New York Times bestseller.

Published by Honno Press in paperback and ebook format on 11th April 2019.

Published by Honno Press in paperback and ebook format on 11th April 2019.

A smart and gripping tale of conspiracy, murder and espionage in Elizabethan London, ideal for fans of CJ Sansom, Rory Clements and SG MacLean.

Treason sleeps for no man…

London, 1591. Nicholas Shelby, physician and reluctant spy, returns to his old haunts on London’s lawless Bankside. But, when the queen’s spymaster Robert Cecil asks him to investigate the dubious practices of a mysterious doctor from Switzerland, Nicholas is soon embroiled in a conspiracy that threatens not just the life of an innocent young patient, but the overthrow of Queen Elizabeth herself.

With fellow healer and mistress of the Jackdaw tavern, Bianca Merton, again at his side, Nicholas is drawn into a dangerous world of zealots, charlatans and fanatics. As their own lives become increasingly at risk, they find themselves confronting the greatest treason of all: the spectre of a bloody war between the faiths…

#2 in a series featuring Dr Nicholas Selby, but can easily be read as a stand-alone.

“In the dusk of a desolate November evening an urchin in a mud-stained and threadbare jerkin, long since stolen from its rightful owner, hurries along the Thames foreshore beneath the grim ramparts of Tilbury Fort.”

Set in 1590’s London, this is the continuing tale of surgeon and reluctant spy, Nicholas Selby..

Nicholas had been unable to stop his wife dying during childbirth, so distraught and disillusioned he takes up residence in a Tavern to drink the remainder of his life away….but he is asked, by Robert Cecil to investigate a mysterious Swiss doctor.

He finds a plot to overthrow the queen, Queen Elizabeth!

This is a tale of religious conflict, of zealots and fanatics, Nicholas is again in danger as he delves into the mystery. A beautifully written, slow burn of a tale that brings to life the Elizabethan age in all its, at times dark, glory.  Great characters and a clever, engaging plot….If you enjoy historical fiction with an edge, then you love this. 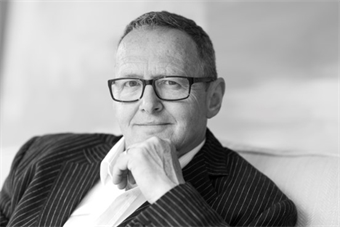 S . W. Perry was a journalist and broadcaster before retraining as an airline pilot. He lives in Worcestershire with his wife.

Praise for The Serpents Mark

“No-one is better than S. W. Perry at leading us through the squalid streets of London in the sixteenth century.” – Andrew Swanston

“The writing is of such a quality, the characters so engaging and the setting so persuasive that, only two books in, S.W. Perry’s ingeniously plotted novels have become my favourite historical crime series.” – S G MacLean

Praise for The Angel’s Mark

“A gorgeous book – rich, intelligent and dark in equal measure. It immerses you in the late 16th century and leaves you wrung out with terror. This is historical fiction at its most sumptuous…” – Rory Clements

“Wonderful! Beautiful writing, and Perry’s Elizabethan London is so skilfully evoked, so real that one can almost smell it.” – Giles Kristian

“An impressively dramatic and gripping debut novel. Elegantly written, thoroughly researched, The Angel’s Mark draws us into the murky world of Elizabethan London where life is a game of chance, and savage death a close neighbour, quick to pounce on the unsuspecting. I predict that we will be seeing much more of Nicholas Shelby, physician and reluctant spy.” – Anne O’Brien

“I knew before I got to the bottom of the first page that The Angel’s Mark was the real thing. In an increasingly crowded field, this one is going to stand out.” – S G MacLean