A body hidden in a tree.

A forest full of dark secrets.

A man determined to find the truth…

John Savage receives the shocking news that his friend has been found dead in bizarre circumstances. His body hidden in the branches of a towering fir tree in the New Forest. Savage vows to find out who is responsible.

Together with brilliant computer hacker Tannaz, he discovers his friend was down on his luck, living among those who society would rather forget – the dregs, the desperate and the homeless. Entering this dark and dangerous world, Savage soon discovers that the death of his friend was just the tip of the iceberg…

This is #2 of Peter Boland’s books to feature John Savage, while I haven’t, Yet, read number 1, this in no way affected my enjoyment of Savage Games.

John Savage is nearing 60, but is coping with his PTSD and his grief at losing his wife and daughter, by teaching, young hacker, Tannaz to fight…..not neat tidy fighting, but street fighting. With viper like reflexes, she’s strong, feisty and a great character.

Just after a training session, young Luke arrives and asks for Savage’s help, his dad had died, Suicide? As he had been an old school friend of Savage, he asks for help clearing his flat in bit of a rough neighbourhood.

However, a short time later, Further tragedy strikes…..is there something more sinister going on…..Savage is driven to find out more and finds a very different world, with some fantastic characters that really make this a compelling, violent and gripping thriller. I’ll never look at the picturesque New Forest in the same way again!

This is currently FREE to read as part of KindleUnlimited, which you can try on a 30 day trial (and cancel anytime)…here: 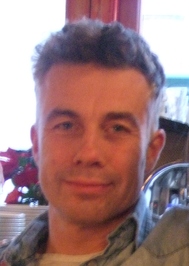 After studying to be an architect, Pete realised he wasn’t very good at it. He liked designing buildings he just couldn’t make them stand up, which is a bit of a handicap in an industry that likes to keep things upright. So he switched to advertising, writing ads for everything from cruise lines to zombie video games.

After becoming disillusioned with working in ad agencies, he switched to writing novels (or was it because he wanted to work at home in his pyjamas?). He soon realised there’s no magic formula. You just have to put one word in front of the other (and keep doing that for about a year). It also helps if you can resist the lure of surfing, playing Nintendo Switch with his son, watching America’s Next Top Model with his daughter and drinking beer in a garden chair.