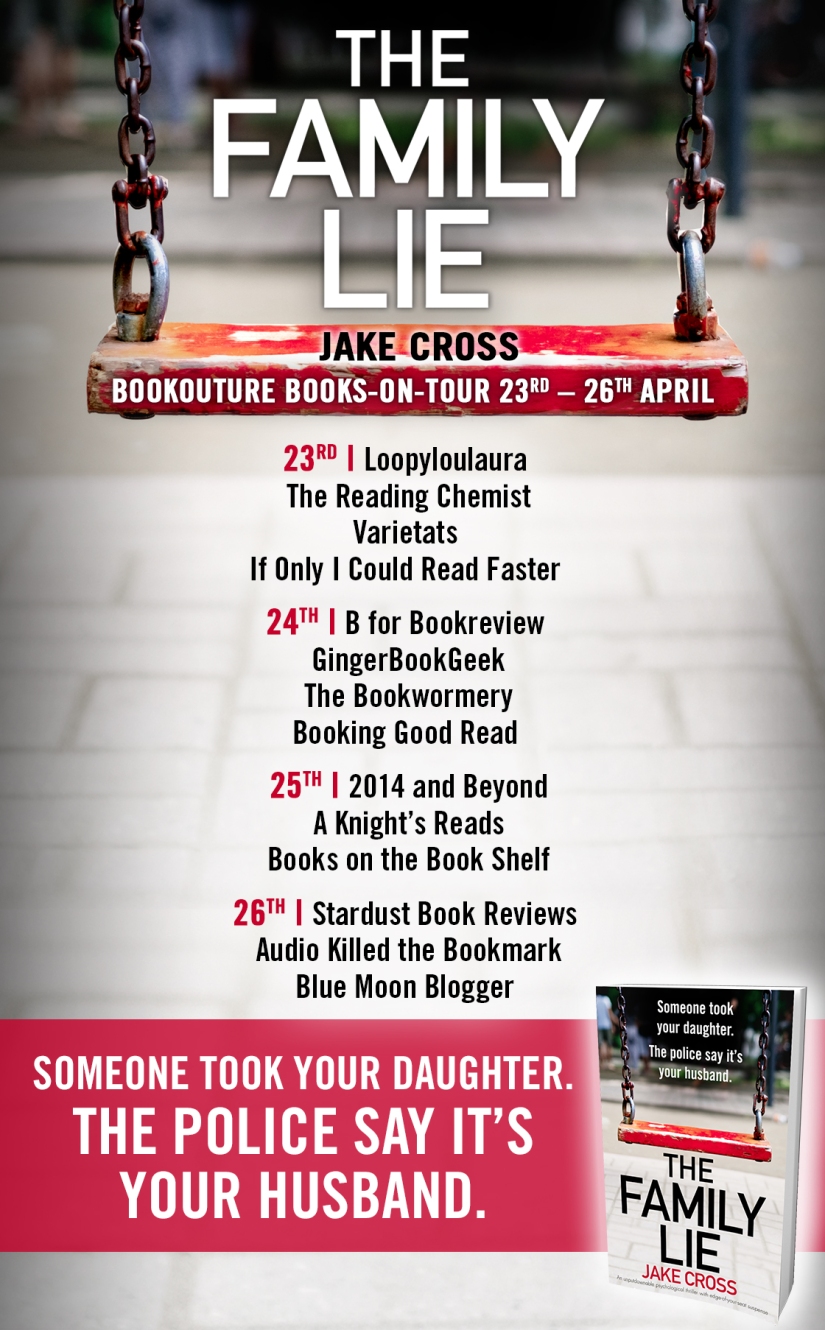 You whispered goodnight to your daughter. You didn’t know that would be your last goodbye.

You wake up in the middle of the night.

Your five-year-old daughter is gone.

Your husband is nowhere to be seen.

Your family think he took her.

But he wouldn’t do that, would he?

He’s a loving father. A loving husband. Isn’t he?

An addictive and completely gripping psychological thriller with a twist that will blow you away. Fans of The Girl on the Train,K.L. Slater and Shalini Boland won’t be able to put down this jaw-dropping novel. 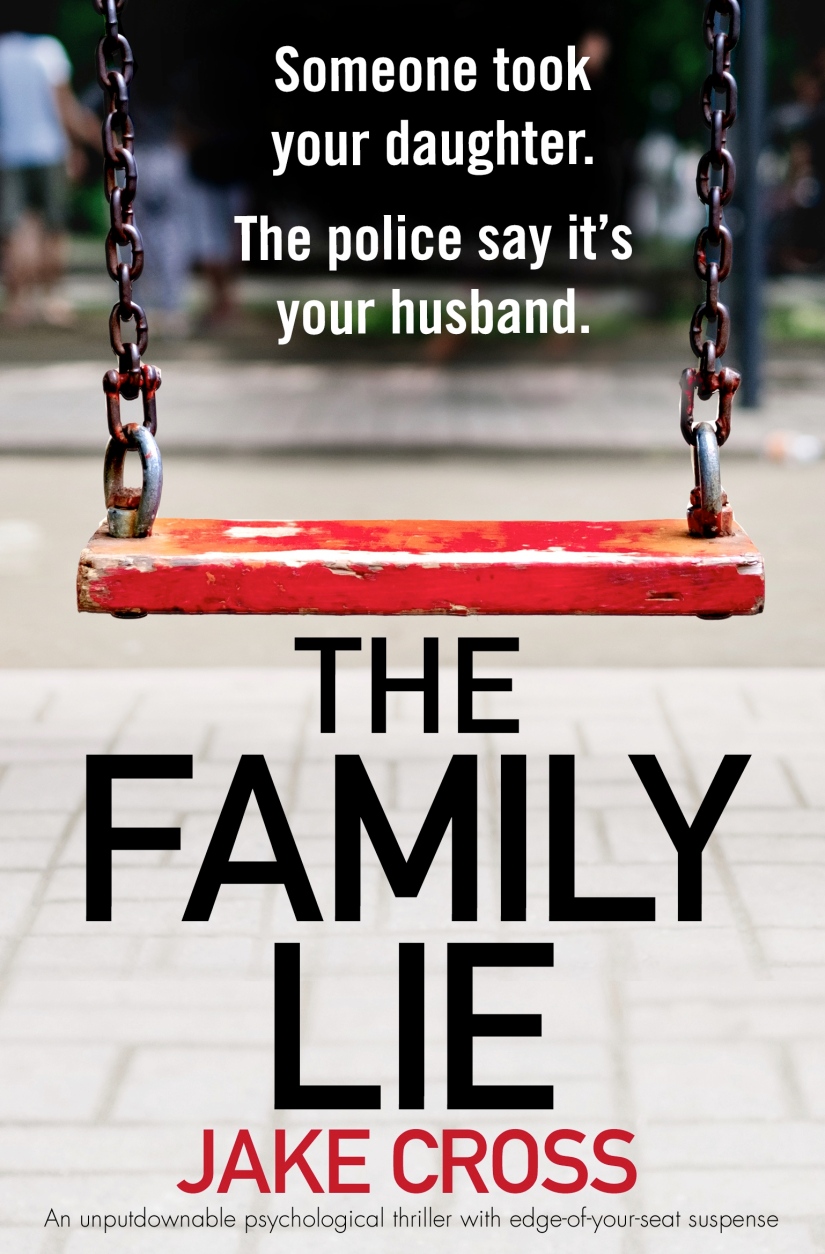 “Hope you’ve got good pictures of Josie in your head. You’ll need them.”

Anna wakes to the sound of white noise….but then realises its rain she can hear……she gets up to check her daughter Josie, but finds her bedroom empty, frantic she searches the house but she’s nowhere to be found, neither is Nick, her husband. She finds the patio door open, blood on the doorstep and she runs outside screaming for Josie.

Coming to her senses she calls the police…..where are Nick and Josie….

With a house full of Detectives and CSI’s they find nothing and begin to wonder if Nick has taken Josie….but then a ransom demand call is received and Anna starts to panic……what has she done to deserve this….?

This is a fast, frantic thriller at times with background details given in between the tension…..plenty to keep you turning the pages, to keep you wondering……just why was Josie taken and will she be found?…a story of secrets and the consequences of our actions on others…the past will come back to haunt you !!! A clever psychological thriller.

Thank you to Bookouture for the opportunity to participate in this blog tour and for the promotional materials and a free copy of the ebook and this is my honest and unbiased review.

Jake has been making stuff up from a real early age. His parents never believed his silly lies when he was young, so he still has no idea why he thought he could invent a decent story as an adult. But he kept trying, and here we are. THE CHOICE is his first novel, the first of three thrillers to be published by Bookouture, and he hopes you like it. If you don’t, he at least hopes you don’t ask for a refund. 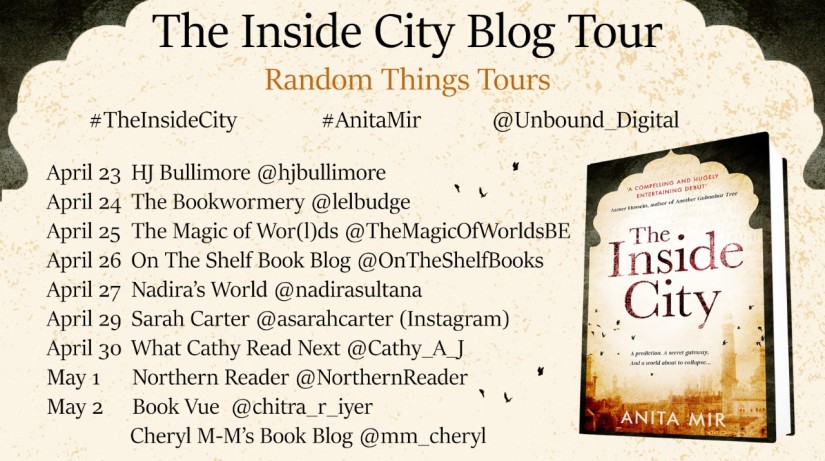 There are ancient walled cities all across the world. This story begins in Lahore’s walled, or inside city, as it is called in Urdu, in what was then India.

Barefoot, she walked to the wall of her rooftop courtyard and looked out at the city she had, in just three months, begun to love: a bulking city ever teetering upwards, with its twelve giant gates which closed each night, keeping them safe, from predators and marauders, and Dar said, bad dreams, but he’d smiled, so she’d known he was joking, only not what he meant.

A pir (seer) predicts great things for a soon to be born born boy, Awais. The year is 1919 – the year of the Jallianwala Bagh (Amritsar) Massacre where anywhere from 379-1,000 unsuspecting peaceful protestors were killed by armed British troops. Politics is everywhere and on every tongue. Will the British go? Will they be booted out? And what will happen to India, then?

But Khurshid, Awais’s mother, cares nothing for all that. Her dreams are not of nationhood; they centre on her boy who will give, she’s sure, her life the meaning and beauty she’s craved for so very long. As they wait for the future to unfold, no-one notices how different Khurshid’s youngest daughter, Maryam, is. But then her secret is outed. Maryam has a superb gift for Maths.

Though she doesn’t want to think it, Khurshid begins to wonder if the pir (seer) had been right about the house but wrong about whom the gift of greatness was meant for. She checks herself but the idea grows and grows. She tries to teach Awais her burning overpowering hate. But Maryam is one of Awais’s two great loves. He can’t believe what his mother says. He can’t hate Maryam. Or, he wonders, can he?

Awais other great love is the inside city, which through a chance encounter, he has started to explore and to map. When Partition, brutal and horrendous, takes place in 1947, it is Awais knowledge of the inside city that will save lives. But will it be enough to save his family as well? 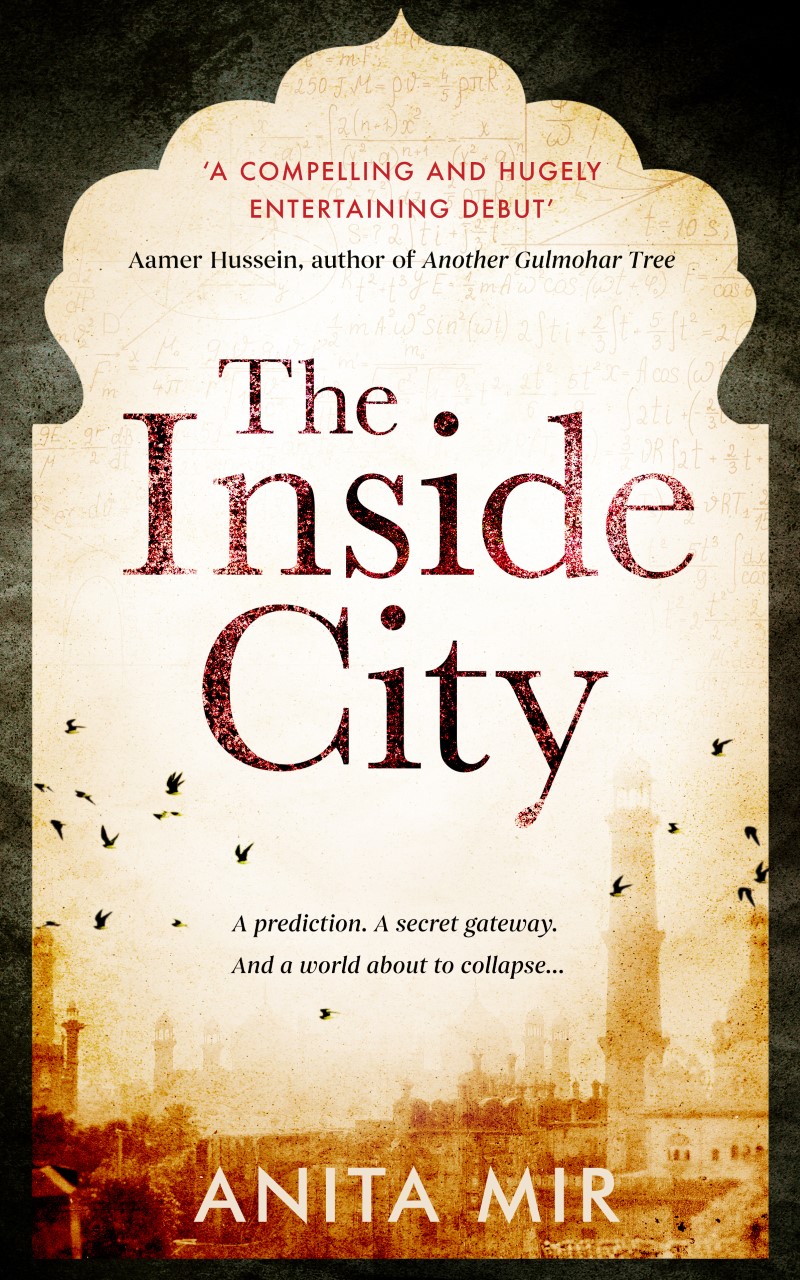 Set in 1930’s Lahore, with the odd jump back to 1919, this is the story of Awais. A boy who survived influenza but was left a little sickly. But before his birth a Pir (holy man) told his mother Amrau, that he was destined for greatness and he would save a life…..Amrau was told to change her name to Khurshid…

His father Dar, wasn’t so sure.

But then Awais find the lost 13th gate of Lahore….is the prophecy coming true?

Don’t expect a simple tale, this is about life in turbulent times, about the love of family, political and brutal upheaval and ultimately hope. Beautiful language and imagery by Anita Mir….a treasure of writing and will stay with me for a long while……

Thank you to Anne Cater and Random Things Tours for the opportunity to participate in this blog tour and for the promotional materials and a free copy of the ebook  in exchange for my honest, unbiased review.

Anita was born in Lahore, Pakistan and came to England when she was four. She grew up in County Durham and Wales, and it was only when she moved to Lahore with her family in her late teens that it hit her that mornings weren’t supposed to be pitch black. Pakistan was a shock. And she stayed in shock. Is perhaps still in shock. But it was also love at first sight. Lahore Lahore hai/ Lahore is Lahore. Yep. Another thing that doesn’t quite translate.
Straight out of university, she applied for a job at a newspaper and for some strange reason, got it. Most of her work there was on human rights issues, particularly those pertaining to religious minorities and women. Her lighter pieces she wrote under a pseudonym, which, seven years later, her boss told her she’d spelt wrong.
From journalism, she ambled into development work. The best of her development work was when she was privileged to head two emergency programmes.
Anita kept on coming back to England then to Pakistan then…and one day (still plan-less), just stuck it out in London.
She writes fiction and plays, has had two shorts on (The Space and Soho), been longlisted for several prizes (The Bruntwood, the Soho/Verity Bargate, the Old Vic 12), and had a short story published this year in ‘New Welsh Review’. She likes hearing her director friends tell her, ‘Any minute, you’re going to break through’. In her more reflective moments, of which there are now few, she wonders what she’s supposed to break through to. And if, when she does, she’ll like it.
Anita lives in the un-trendy part of East London and when not teaching, can be found playing basketball with her boy, or else, pouring over Lego instructions with the zeal of someone who’s going to grow up to be a YouTube star.