How can you spot a murderer?

Leo Stone is a ruthless killer – or the victim of a miscarriage of justice. A year ago, he was convicted of the murder of two women and sentenced to life in prison. But now he’s free and, according to him, he’s innocent.

DS Maeve Kerrigan and DI Josh Derwent are determined to put Stone back behind bars, but the more Maeve finds out, the less convinced she is of his guilt. Then another woman disappears in similar circumstances. Is there a copycat killer, or have they been wrong about Stone from the start?

From award-winning author Jane Casey comes a powerful Maeve Kerrigan crime thriller which will keep you on the edge of your seat until the final page! 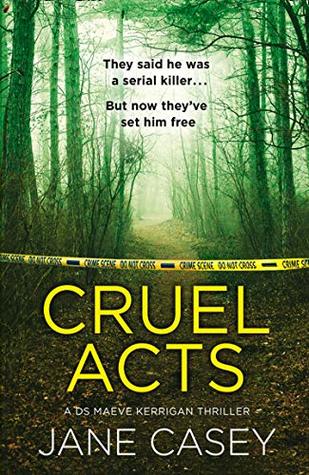 This is number 8 in the DS Maeve Kerrigan series, but can very easily be read as a stand-alone….you may just miss out a little on her background.

DS Maeve Kerrigan and her boss DI Josh Derwent are re-investigating the Leo Stone case, he has been released after being granted an appeal. Stone  is one creepy individual, but was he guilty?

Maeve is certain, a 3rd missing girl is somehow related to the case….

This has a gripping and detailed plot with many twists and surprises along the way and will keep you on tenterhooks throughout….

There are great characters, so well written by Jane Casey, you will feel the tension with them. The relationships between the characters have a reality about them and that between Kerrigan and Derwent is funny and moving at times too.

A brilliant, dramatic and tension filled ending to this menace filled thriller…I love it and can thoroughly recommend it to lovers of crime fiction.

I would like to thank the Pigeonhole and the author for the opportunity to read this book for free and this is my honest and unbiased review.

You can buy a copy here (just click on the image) 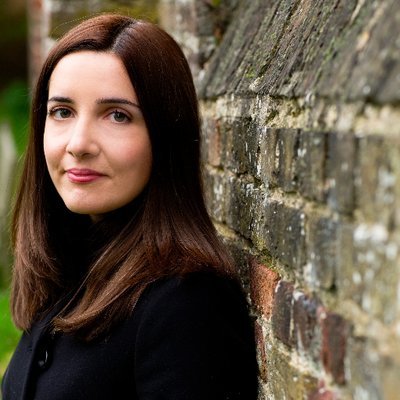 Jane Casey is no stranger to the crime world. Married to a criminal barrister, she’s got the inside track on some of the country’s most dangerous offenders, giving her writing an unsettlingly realistic feel. This authenticity has made her novels international bestsellers and critical successes. They have been nominated for several awards and in 2015 Jane won both the Mary Higgins Clark Award and Irish Crime Novel of the Year for The Stranger You Know and After the Fire, respectively. She is also an active member of Killer Women, a London-based group of crime writers. Born in Dublin, Jane now lives in southwest London with her husband and two children. 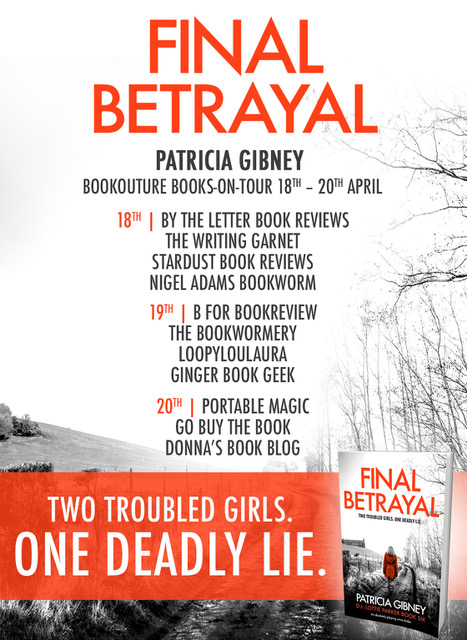 ‘She lifted the flap of the envelope and pulled out the single white page. As she opened it up she stared, open mouthed. Four words were typed on the page. I am watching you.’

When Amy Whyte and Penny Brogan leave a local nightclub in the early hours of Sunday morning and don’t arrive home, their families are beside themselves with worry. Conor Dowling has just been released from prison, a man full of hatred for Amy, the girl who put him behind bars in the first place.

The case is given to Detective Lottie Parker, when the girls’ blood-soaked bodies are found, days later, in a derelict squat. Chillingly, both girls are clutching silver coins in their hands – what message is this killer leaving behind? All the signs point to Conor but his alibi is water tight.

As Lottie examines Penny and Amy’s final days alive in a desperate search for clues, two more girls are found stabbed to death in a luxury apartment complex. Caught up in what is fast becoming her toughest case yet, Lottie is unaware that somebody is watching her every move.

Then Lottie’s two daughters, Katie and Chloe suddenly disappear from the town centre. Terrified that the killer has her girls, the stakes have never been higher for Lottie.

But as Lottie puts everything on the line to find her daughters and solve the case, she’s about to find herself in terrible danger – someone has a personal axe to grind with her and they know the best way to get to her is to hurt the ones she loves the most.

If you love Karin Slaughter, Robert Dugoni and Rachel Abbott, you’ll be hooked by this heart-stopping thriller from Patricia Gibney. Final Betrayal will keep you guessing until the very last page. 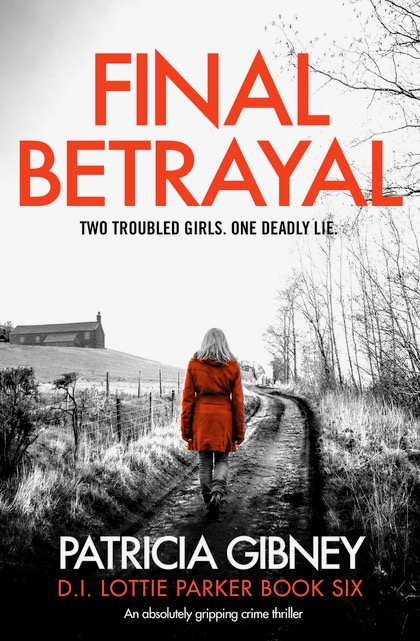 “The body was heavier than he’d thought it would be. How could one so young and thin weigh so much?”

Well I was hooked from that first line…..Lottie Parker has just moved into her new home with her son Sean, daughters Katie and Chloe and her grandson, Louis….a fresh start for them all….

Then two young women go missing…..their bodies are found and an investigation begins…what is the significance of the silver coins?……Conor Dowling is just one of the suspects, newly out of prison and holding a grudge….

Then Lottie’s half sister, Bernie fails to return to the secure hospital she has been sentenced too…..she is also holding a grudge and feels Lottie needs to pay…

There are many dark, heart stopping moments in this wonderfully twisty thriller…and it keeps you guessing right to the end…an absolute marvel of thriller writing by Patricia Gibney.

Thank you to Bookouture for the opportunity to participate in this blog tour and for the promotional materials and a free copy of the ebook  in exchange for my honest review.

Patricia lives in the midlands of Ireland. She is an avid crime reader so naturally she found herself writing in the crime genre. To date, (July 2018) Patricia has sold over ONE MILLION COPIES in the LOTTIE PARKER series.

A life changing experience in 2009, with the death of her 49 year old husband, meant she had to give up her career, and over the following few years, she rekindled her love of art and writing.

Initially Patricia wrote and illustrated a children’s book, but her real ambition was to write a novel. And she did!

In January 2016, she joined with Ger Nichol of The Book Bureau Literary Agency. In July 2016, Patricia signed with Bookouture for four DI Lottie Parker crime novels.
The Missing Ones (Book 1) published in March 2017 and to date has reached a high of number 2 in Amazon UK Kindle charts and number 6 in the US. It also achieved number 1 in all its categories. It is a bestseller in UK, US, Canada and Australia.