With the power and intrigue of Laura Purcell’s The Silent Companions and Sarah Schmidt’s See What I Have Done, Carolyn Kirby’s stunning debut takes the reader on a heart-breaking journey through Victorian Birmingham and questions where we first learn violence: from our scars or from our hearts.
Birmingham, 1885.

Born in a gaol and raised in a workhouse, Cora Burns has always struggled to control the violence inside her.

Haunted by memories of a terrible crime, she seeks a new life working as a servant in the house of scientist Thomas Jerwood. Here, Cora befriends a young girl, Violet, who seems to be the subject of a living experiment. But is Jerwood also secretly studying Cora…?

‘The Conviction of Cora Burns is tense and pacey with the rare combination of driving plot as well as deep emotion. The twists and reveals are deftly handled and at one point Carolyn damn near broke my heart. The theme of nature versus nurture is often explored but is done so here with fresh energy and zeal’
DARCY NICHOLSON
Daniel Goldsmith First Novel Prize judge 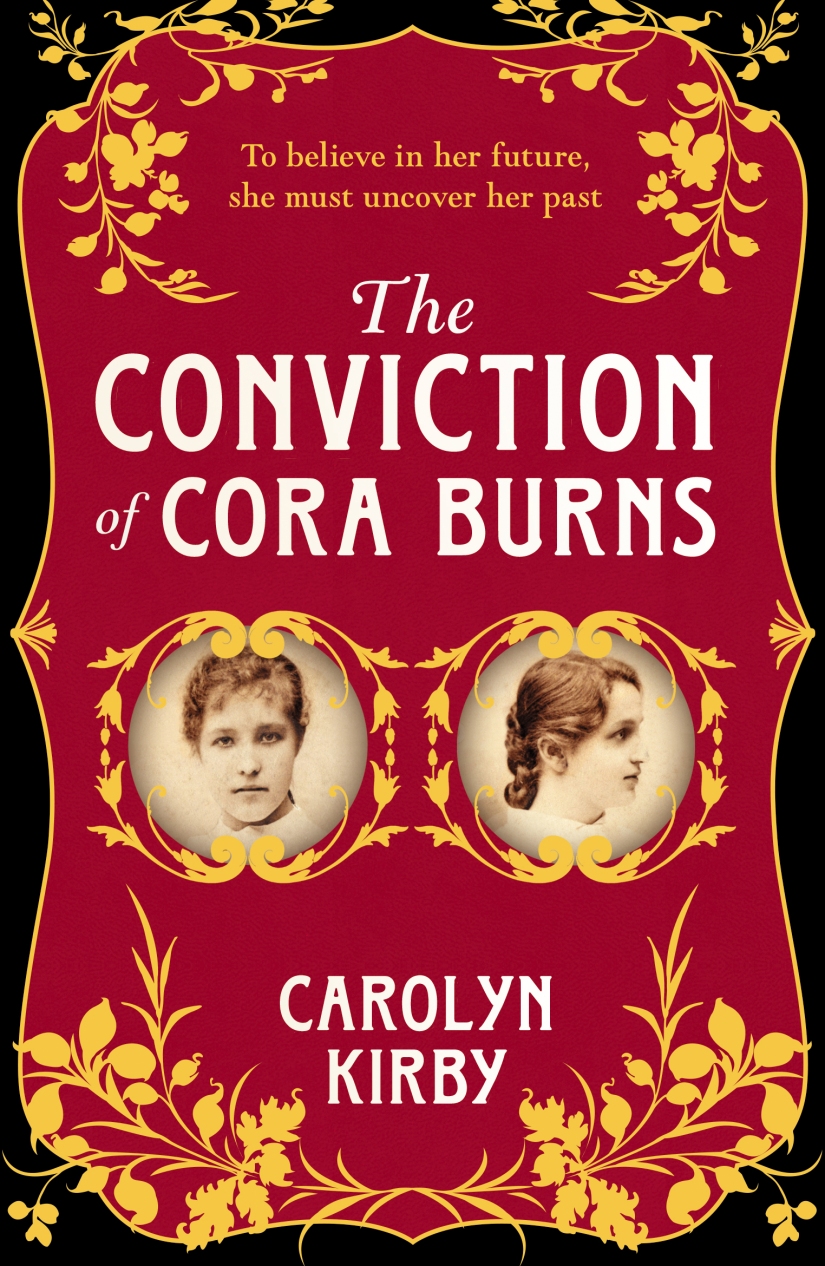 How beautiful is this cover ?

Written by Carolyn Kirby, The Conviction of Cora Burns is set in 1880’s Birmingham. Cora has had a difficult start in life after being born in a Gaol, then sent to the workhouse and as she grew up, at sixteen was sent to work as a laundress at the Asylum.

Her childhood friend, Alice Salt was a bad influence and many awful things happened, which Cora cannot fully recall,but she knows there is a violence inside her. Cora ends up in Gaol herself for 19 months but when released is sent to work for the Jerwood family as a between maid. There she settles in and is good at her job and then she meets a young girl, Violet, who is part of an experiment into nature versus nurture being carried out by Mr Jerwood.

Cora begins to believe there is more going on in the house and that she is involved somehow as the mistress of the house calls her Annie in her more lucid moments.

This is historical fiction with a gothic feel, the dark atmosphere of the time, with women being admitted to asylums for depression or ‘hysteria’ and generally treated poorly. The characters are well written and rounded and Cora for all her ‘issues‘ is likeable and you have such sympathy for her. The language of the book is beautiful, the intrigue believable and it comes to a truly satisfying end. I can see this being a must read and a favourite for book clubs everywhere.

Thank you to Anne Cater at Random Things Tours for the opportunity to participate in this blog tour and for the promotional materials and a free copy of the ebook  in exchange for my honest, unbiased review.

Originally from Sunderland, Carolyn Kirby studied history at St Hilda’s College, Oxford before working in social housing and then as a teacher of English as a foreign language.
Her debut novel The Conviction of Cora Burns (previously titled Half of You) was begun in 2013 on a writing course at Faber Academy in London. The unpublished novel achieved success in several competitions including as finalist in the 2017 Mslexia Novel Competition and as winner of the inaugural Bluepencilagency Award for an unpublished first novel, judged by literary agent Eve White and author Saskia Sarginson. Carolyn has two grown- up daughters and lives with her husband in rural Oxfordshire..