A dark, intelligent and thoroughly inventive murder mystery that brings together religion, science and death metal.

Liverpool: A body is found on the beach among the Antony Gormley statues; a crucified man with a bible verse above him and a heavy metal band logo carved into his forehead…

Are you one of the elect?

Dr. Helen Hope is a lecturer in eschatology – the study of death, judgement, and the destiny of humankind. She is also a Calvinist nun, her life devoted to atoning for a secret crime.

When a body is found crucified on a Liverpool beach, she forms an unlikely alliance with suspect Mikko Kristensen, lead guitarist in death metal band Total Depravity. Together, they go on the trail of a rogue geneticist who they believe holds the key – not just to the murder, but to something much darker.

Also on the trail is cynical Scouse detective Darren Swift. In his first murder case, he must confront his own lack of faith as a series of horrific crimes drag the city of two cathedrals to the gates of hell. 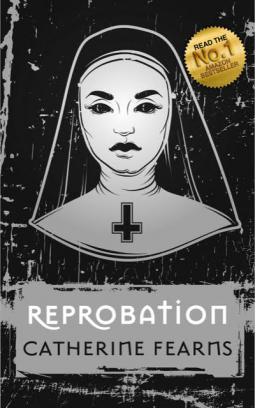 I read Consuming Fire recently by Catherine Fearns and thoroughly enjoyed it, so wanted to read the previous novel featuring Quinn and Helen….so glad I did….

A young man is found tied to a cross, murdered….. so it begins…who would do such a thing, a crazy serial killer, a gang killing or a religious zealot…?

DI Darren Swift, on his first major case as DCI and his colleague, DC Colette Quinn are part of the team to investigate and hopefully solve this bizarre case.

Quinn meets Helen Hope a Calvinist nun, who studies death and humanity and her ‘friend’ Mikko,  a rather colourful, death metal musician who help bring some sense of reason to this dark and disturbing crime.

Swift is keen on following a drug angle in the murder case, but Helen discovers that there someone is mixing the concept of fate with DNA and genetics……mixing science with religion….

There are great characters in Quinn, Helen and Mikko, which is a real credit to Catherine Fearns creative and expressive writing…..twisty, dark and full of detail….brilliant. 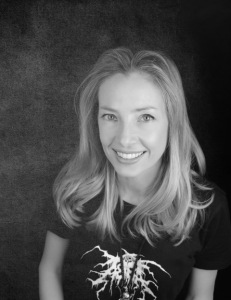 CATHERINE FEARNS is an author, journalist and heavy metal guitarist from Liverpool. In previous incarnations she was a financial analyst, a cocktail pianist and a breastfeeding counsellor. Her first novel, Reprobation, was published by Crooked Cat Books in October 2018 and quickly became an Amazon bestseller. The follow-up, Consuming Fire, is currently on pre-order and will be available in early 2019.